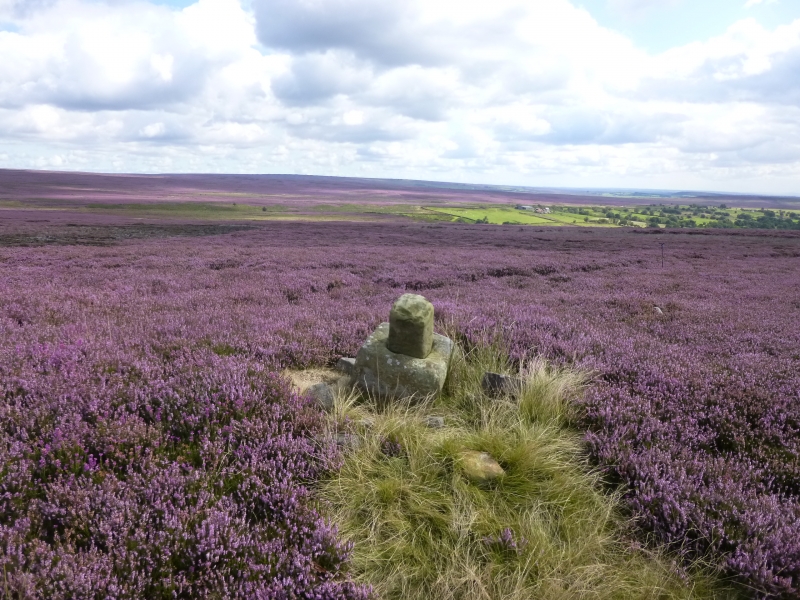 The monument includes a wayside cross on the top of Helmsley Moor.
The cross has a base stone carved from a single block, measuring 0.5m
square and standing 0.4m high. The lower part of the cross shaft still
standing loosely in its socket. The remains of the shaft are 0.45m high and
0.2m by 0.25m in section. The cross known as Roppa Cross North stands as a
marker on the old Helmsley to Stokesley road.
The monument is one of a series of crosses marking routes across the
difficult upland terrain and as such provides significant insights into social
and ritual traditions as well as patterns of communication in the medieval and
post medieval periods.

This wayside cross has an intact crossbase and portion of shaft and is still
in its original position marking an important routeway from Helmsley to
Stokesley. The route played an important role in the medieval period
connecting the monastic houses to the south of the Moors with those to the
north. Together with other crosses on the North York Moors this monument
provides important evidence of the social and ritual traditions and the
complex network of routeways amongst both lay and ecclesiastical communities
in the medieval period.