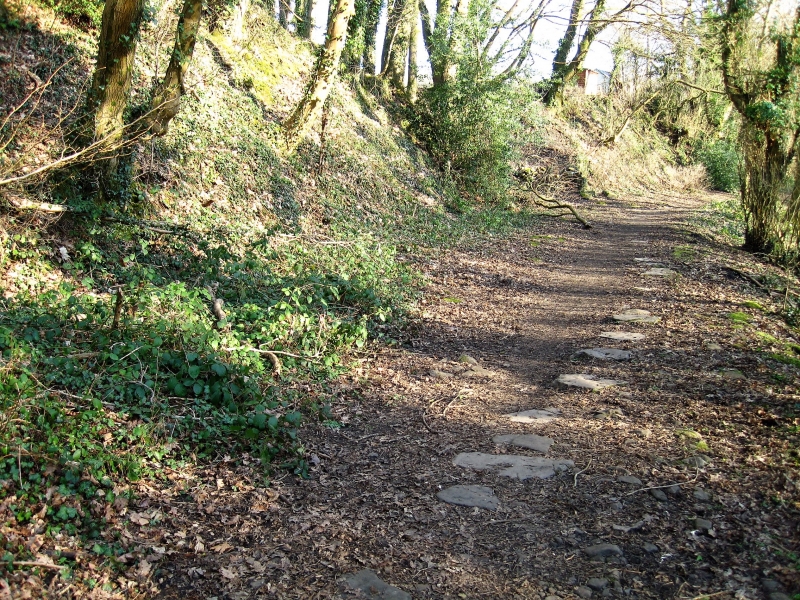 The monument consists of the remains of a tramroad, embankment and stone sleeper blocks, dating to the 19th century. The sleeper blocks have between one and three holes and many show wear marks from shoes and plates. The tramroad was opened in 1811 as a plateway of 4 feet 2 inch gauge, designed by the leading tramroad engineer George Overton. The tramroad was owned by the Aberdare Canal Company, and was 2 miles long, connecting the canal terminus at Aberdare with the Hirwaun to Abernant Tramroad, which served mines and ironworks further up the Cynon Valley. The Llwydcoed Tramroad crossed the River Cynon on Robert's Town iron bridge. It continued in use until 1900. The monument is of national importance for its potential to enhance our knowledge of the development of industrial transportation in the 18th and 19th century. The track bed, bridges, drainage systems, embankments and revetments may all be expected to contain archaeological information in regard to construction techniques and functional detail. The scheduled area comprises the remains described and areas around them within which related evidence may be expected to survive.