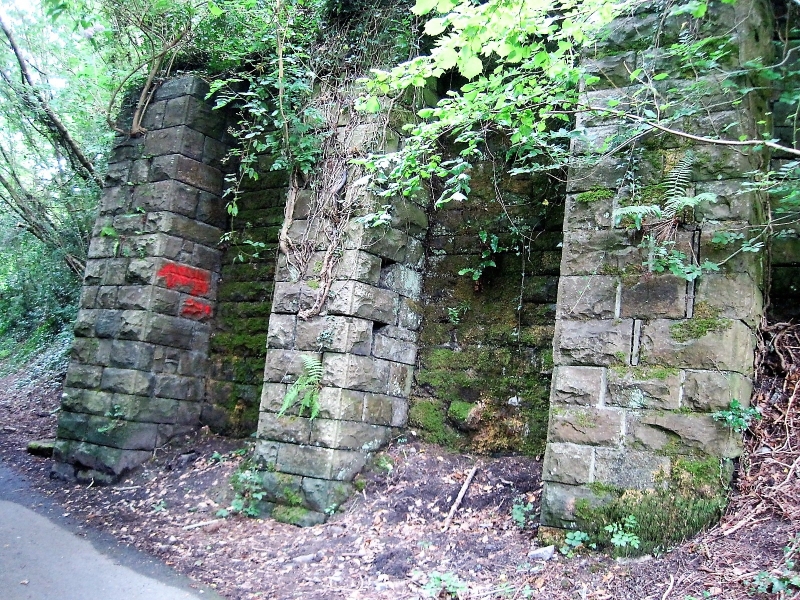 The monument consists of the remains of a railway bridge dating to the post-medieval period. The bridge is a timber fan trestle viaduct designed by Isambard Kingdom Brunel. It comprises a high viaduct of timber on stone piers, designed to reduce the costs of new railways. The Gamlyn viaduct was on the Cwmaman branch of the Vale of Neath Railway, built between 1854 and 1857, and was one of the largest in South Wales. The line was built as a double track broad gauge railway using Barlow rails without sleepers. The remains include two approach embankments, ten stone piers and two abutments. All of the piers are 7m wide by 2m deep. The tallest five piers are roughly 7m high. All are built of bullnozed sandstone blocks with dressed rims to the quoins. The massive embankments contain a bridge, tunnel and section of Barlow rail.

The monument is of national importance for its potential to enhance our knowledge of post-medieval construction techniques and transportation systems. It retains significant archaeological potential, with a strong probability of the presence of associated archaeological features and deposits. The structure itself may be expected to contain archaeological information concerning chronology and building techniques.