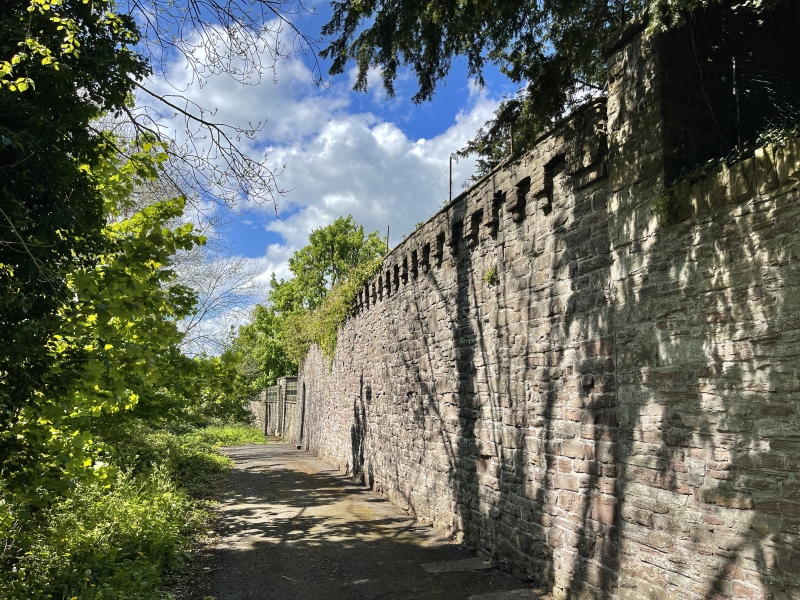 The monument comprises the remains of a stretch of the medieval town wall, including the remains of a gatehouse, that extend along the southern edge of the medieval town of Brecon. The section of wall measures 45m in length and comprises a substantial earthen bank 9m wide and 1.5m high fronted by a masonry wall around 4m in height. This wall has been repaired and repointed on multiple occasions since the medieval period, including the addition of new coping stones along the top of the wall. These works have significantly altered the appearance of the wall, although the bulk of the structure is likely to be of medieval origin. The gatehouse is located to the west of the extant section of wall. It is of coursed rubble construction and comprises two parallel sections of walling around 4m high, between which there was a single pointed arch, the springer for which can be seen on the E wall. The gatehouse has recently undergone significant conservation and consolidation works.