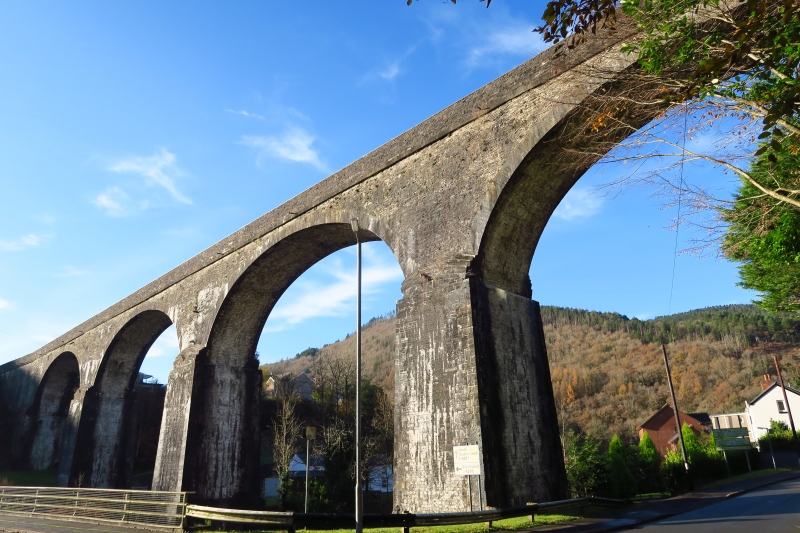 The monument consists of the remains of an aqueduct, dating to the early 19th century. Pontrhydyfen was originally constructed as a viaduct which carried a tramroad. It was the largest tramroad viaduct in Britain when built. Later on, it became an aqueduct for carrying water across the valley. It is c. 70m in length and comprises four round headed arches, whose piers are splayed rectangular in section.

The monument is of national importance for its potential to enhance our knowledge of early 19th century industrial engineering and technology. It retains significant archaeological potential, with a strong probability of the presence of associated archaeological features and deposits. The structure itself may be expected to contain archaeological information concerning chronology and building techniques, together with a strong probability of environmental evidence. Aqueducts may be part of a larger cluster of monuments and their importance can further enhanced by their group value.