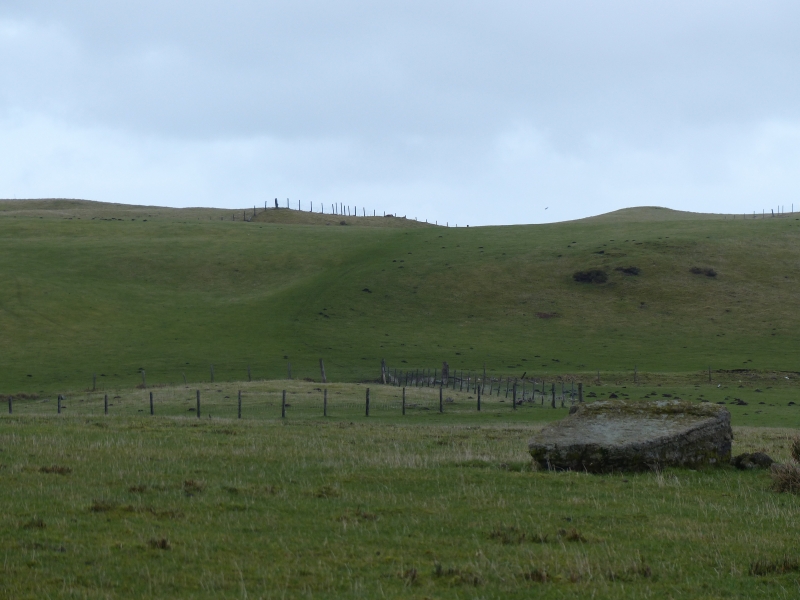 Pencoed Castle is a towering early to mid-16th century embattled mansion of the Morgan family set within a rectangular moated enclosure surrounded by contemporary ruinous curtain walls including an impressive gatehouse and a projecting round corner tower. There was an earlier house or castle on the site held by the de la More family in 1270 and the Kemeys by 1306, some of which is incorporated in lower stages of the present house and the ruined inner wall of a high status 15th century range survives on the northern side of the courtyard. The house and courtyard form part of a broader complex of buildings, dominated by an enormous L-shaped barn range to the north and the remains of formal gardens including ponds and a roofless square dovecote to the west. These stood at the centre of an extensive park, most of which has now been turned to agricultural use. The house was partly, intrusively restored from dereliction by Viscount Rhondda before WWI and work was continued by his daughter but abandoned again in 1931, which also entailed the construction of a substantial Arts and Crafts style house over the backfilled northern arm of the moat. The present owner has saved the house from further deterioration by restoring the roof and windows. The house itself is Grade I listed and its footprint is excluded from the scheduled area, which includes the moat, ruined curtain walls, gate, corner tower and courtyard.

The courtyard measures approximately 30m E-W by 38m N-S and is enclosed by curtain walls on the W and S, the eastern side being occupied by the main house and the part of the northern by the two storey ruin of a 15th century range. The gatehouse was located in the middle of the western side facing the mansion, the round corner tower at the south-west corner completing this show façade. A rectangular range abutting the northern side of the gatehouse has largely been reduced to rubble and there is no upstanding walling at the NW corner of the courtyard. Most of the surrounding moat has been backfilled since it was drawn intact in 1800 although its extent can be traced to the S and the W, where it is crossed by a now partly buried single span bridge leading to the gatehouse. All of the walls are of coursed Old Red Sandstone rubble with dressings in yellow Triassic 'Sudbrook' sandstone, with which the inner elevation of the mansion is faced in fine ashlar blocks, perhaps inspired by Raglan Castle.

The Tudor gatehouse is rectangular and of three storeys with an impressive segmented gate arch flanked by slender projecting rectangular turrets with dressed and chamfered external corners. It is largely intact other than the loss of its presumably crenelated parapet, of which only a line of fine supporting corbels survive running between the turrets on the western elevation. This elevation was lit by large, three-light mullioned windows serving single large rooms on both upper levels; that on the first floor has gone but the second floor window is intact and matches the mostly renewed examples in the house itself. A series of small arched windows with typical Tudor hoodmoulds light the turrets. The gate passage occupies the whole of the ground floor and was spanned by a very wide stone stone vault, the centre of which has collapsed. Doorways open from this into the turrets; the southern containing an intact, if worn vice stair leading to the upper floors and now lost parapet and the northern a series of latrines discharging into the moat. The upper rooms were well lit and contained large fireplaces; they presumably provided a private suite of accommodation for a senior official of the household or possibly guests.

A short stretch of curtain wall surviving almost to wall-walk level links the gatehouse to the round SW tower, and the straight southern curtain wall survives almost intact to a similar height between the tower to the mansion. Both curtain walls are less than 1.5m in width and less than 4m high. The S curtain contains a small postern arch opening to the moat with a segmented arch like those in the house and tower but lacks a draw bar hole to secure it. A partly collapsed stair led to the wall walk. The tower is some 7m in external diameter and of two storeys with the remains of a projecting corbelled parapet. A segmented arched ground floor doorway leads to a lobby opening into a dark basement lit by a short rectangular opening (not an arrow loop) to the W and a mural stair to the first floor. The first floor contained two larger rectangular windows of apparent Tudor date and another heavily overgrown doorway giving access to the wall-walk of the curtain wall to the N. There is no corresponding access onto the southern curtain wall. The tower and curtain walls have been assumed to be part of a 13th century castle on the site but the curtains were relatively low and thinly walled, no certain details of this period are visible; and the postern, doorway and upper windows of the tower are comparable to those in the mansion, with which they are likely to be broadly contemporary.

The single storey range abutting the gatehouse to the N contains a blocked arch to the W and has mostly been reduced to a large mound of grassed over rubble. Trial excavations in the 1990s demonstrated the survival of substantial buried remains of the ground floor and that there was no evidence for a corresponding corner tower at the NW angle of the courtyard. The two storey northern range is a survivor of the earlier house on the site and can be dated to the late 15th century by three very fine ogee-headed, cinquefoiled windows at first floor level, indicating that this was a high status building. Only the eastern end of its inner southern wall survives, projecting from the mansion as an impressive leaning and buttressed ruin.

The monument is of national importance as the monumental courtyard of one of the most significant and best preserved Tudor and later mansions in Wales, built by an historically prominent family and reflecting the means and status of the emerging Welsh gentry. The Tudor gatehouse and curtain walls are comparable to Oxwich and amongst the finest of their type in Wales, offering a degree of security but more importantly forming a suitably imposing show façade and a statement of the social rank, wealth and ancestry of their builders. The gatehouse is the most impressive of a series of contemporary examples in Monmouthshire and southern Herefordshire such as St Pierre and Itton Court. Pencoed is a very rare example of a walled Welsh moated site, which may be a relic of the earlier castle, the remains of which are incorporated into the mansion. The upstanding buildings have high potential to enhance our knowledge of late medieval and early post-medieval high status architecture and domestic practices and the archaeological potential of the site has been demonstrated to be very high by trial excavations in the 1990s. The site is likely to retain substantial buried structural remains and intact associated deposits containing artefactual and environmental evidence, the formerly wet moat having potential for waterlogging. This evidence is likely to span multiple periods from the earlier medieval house or castle on the site to the post-medieval use of the mansion and has high potential to enhance our knowledge of the construction, layout and development, of the monument, along with its contemporary material culture and environment. The scheduled area is inextricably linked with the mansion it served, and shares group value with the associated barns, outbuildings, dovecote and gardens to the west, and the moated site 250m to the SW (MM201), which lay within its park.