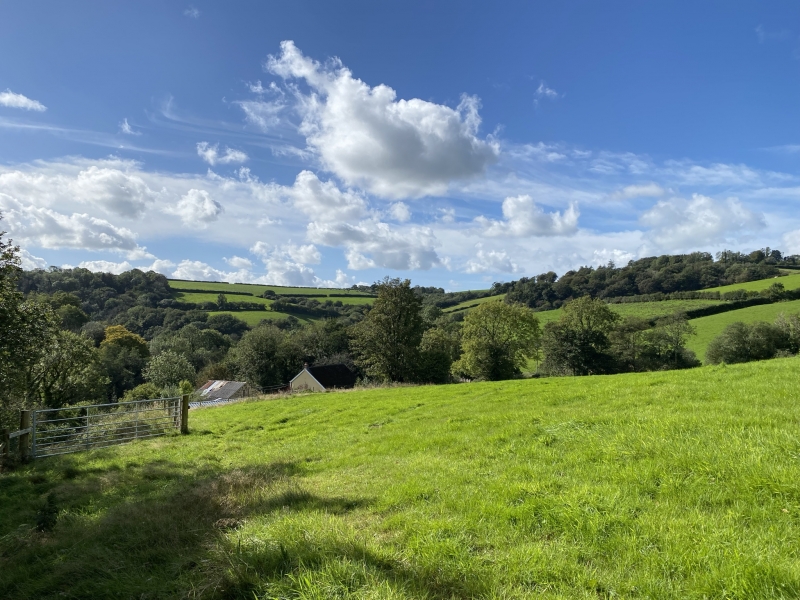 View direction 251 degrees. Behind the photographer to the N, E and S are steeply wooded hillsides leading down to two streams which, after joining to the east of the hillfort, flow down to Nant Cynnen one mile downstream. A gated track leads down to the farmhouse and on to a small bridge, originally a ford, which crosses the stream.

Uploaded by Alan Hughes on 2 October 2021