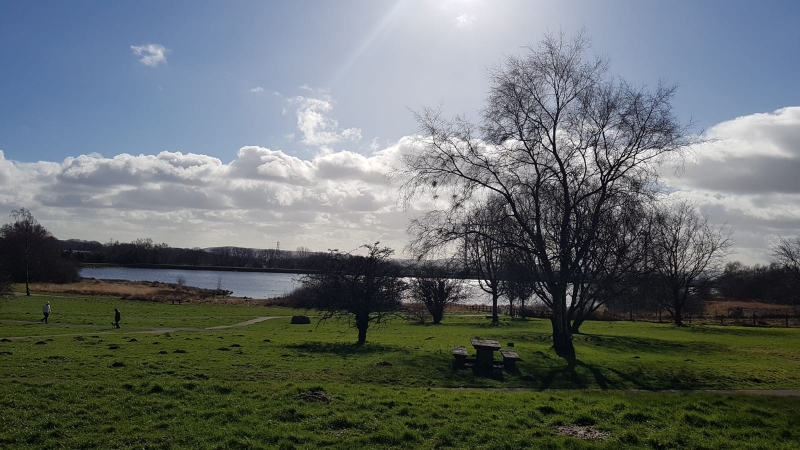 The monument consists of a dam, a barrier of concrete or earth built across a river to create a reservoir of water for domestic and/or industrial usage, dating to the 18th century. The Pen y Fan Reservoir or Pound y Coedcae, was built around 1794-6 to serve the Monmouthshire Canal. The Crumlin Arm of the canal had many locks and heavy traffic, so was not sufficiently supplied by the small river. Two other reservoirs were also built at Abercarn and Hafodyrynys. The Pen y Fan reservoir was formed by a large earth dam with stone facings, forming banks on three sides of a gentle slope and was much larger than other contemporary industrial ponds. A low bank to the north marks the original extent of the reservoir. The outlet to the canal feeder forms a stone-lined, oval tunnel, and a valve chamber is set into the bank.

The monument is of national importance for its potential to enhance our knowledge of 18th or 19th century water supply, drainage and industrial practices. It retains significant archaeological potential, with a strong probability of the presence of associated archaeological features and deposits. The structure itself may be expected to contain archaeological information concerning chronology and building techniques. A dam may be part of a larger cluster of monuments and their importance can further enhanced by their group value.