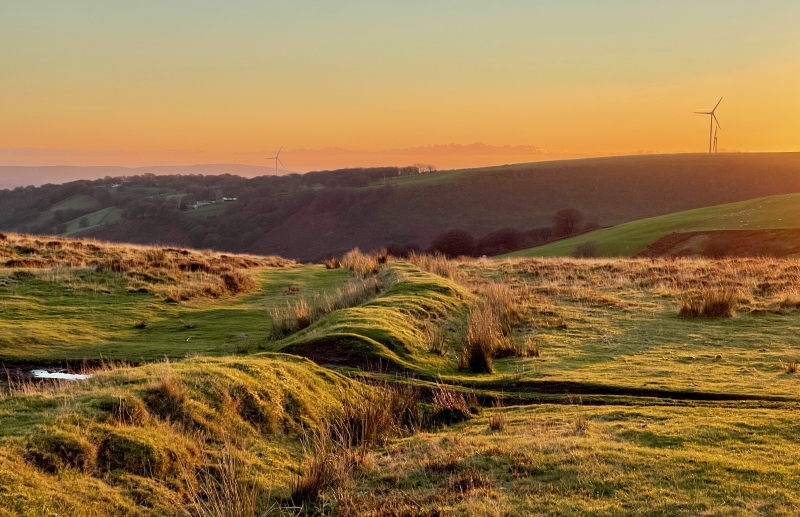 The monument comprises a linear cross-ridge dyke running across the Cefn Man Moel ridge. The earthen bank is aligned from NE to SW and measures about 270m in length by about 5m in thickness and up to 0.7m in height; the associated ditch is situated immediately to the NW and measures about 2.5m in width and about 0.6m in depth. There is intermittent evidence of a low counterscarp bank. The tradition of cross-dyke building appears to roughly span two millennia, beginning in the middle Bronze Age and lasting throughout the Iron Age and into the early medieval period. They have been interpreted as territorial boundaries, defining areas of political influence and ritual association, including internal territorial boundaries and land allotment within communities.

The area scheduled comprises the remains described and an area around them within which related evidence may be expected to survive. It measures about 270m in length from NE to SW and 12m in width.