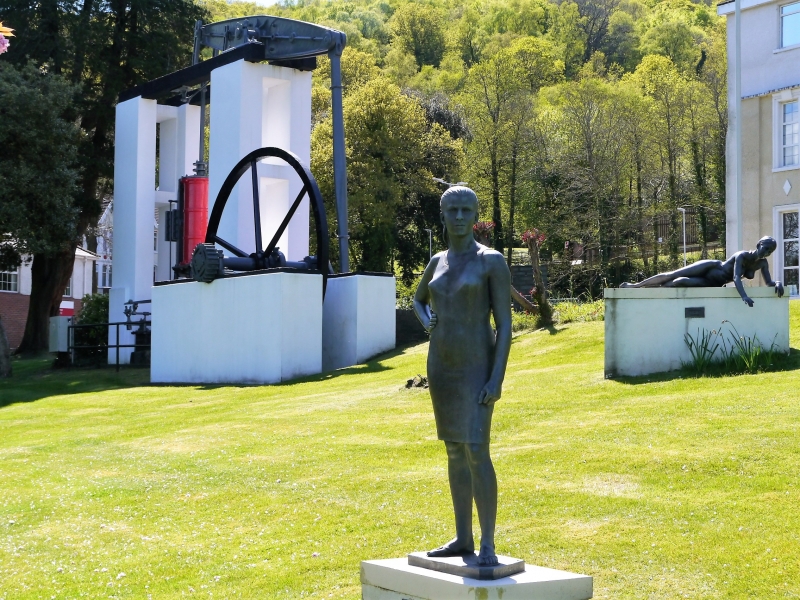 The monument comprises a beam winding engine from Newbridge (or Gelliwion) Colliery in Pontypridd, re-erected in its present position outside the former Treforest School of Mines in 1920. It was originally built in 1845 by the coalowner John Calvert, and remained in working order until 1919. The engine was made by Varteg Iron Company and remains as built, with the exception of the cylinder, which was renewed by Brown Lennox in 1861. It was reputed to have been the first steam winding engine in the Rhondda, the earlier pits being operated by water balance. It was also used for pumping. The cylinder was double-acting, with a 26.5 inch bore and 5 feet stroke. It has an ordinary slide valve with slip eccentric gab rod and hand lever for reversing. The beam is 17 feet long and the flywheel 13.5 feet diameter with six oval arms. The crank, main connecting rod, beam, cylinder and other parts are all of cast iron.

The monument is of national importance for its potential to enhance and illustrate our knowledge and understanding of the development of the mining industry in Wales. It retains significant archaeological potential, with the strong possibility of the presence of associated archaeological features and deposits. A beam engine may be part of a larger cluster of industrial monuments and their importance can further enhanced by their group value.