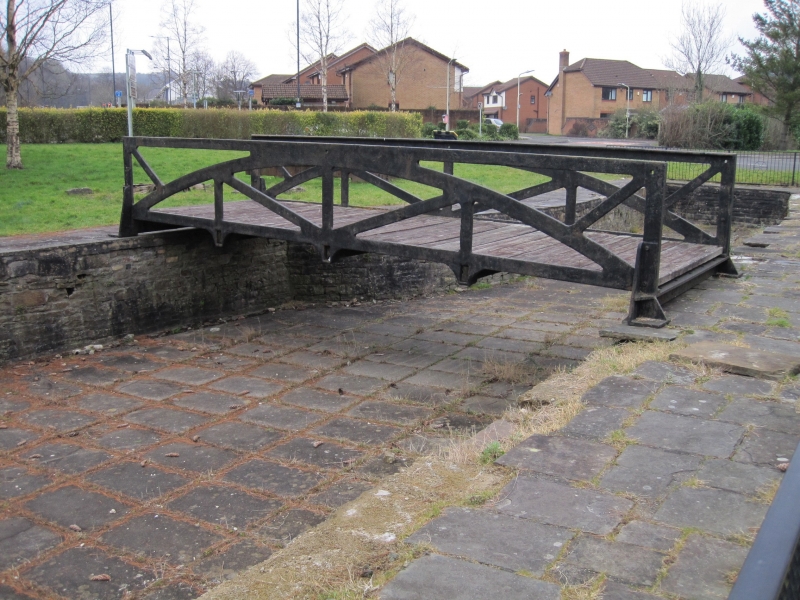 The monument consists of the remains of a bridge, dating to the post-medieval period. It is the only one surviving of a series of five cast iron girder bridges built in or near Merthyr Tydfil from the early 1790s, amongst the earliest cast iron bridges in the world. The bridges were probably designed by Watkin George, the chief engineer of Cyfarthfa Ironworks who built Pont-y-cafnau iron bridge in 1793. The Rhydycar iron bridge was constructed to cross the Glamorganshire Canal, operational at Merthyr early in 1792, technically revolutionary in being girder rather than arch bridges. The bridge has a pair of 7.3m span single-casting girders, which form both the beams and the parapets. These are rectangular trusses, divided by a triangular framework of struts linking to an integral segmental arch. The beams are fixed to cast iron bearers at each corner. Bosses moulded into the lower beams below each vertical strut carry five fish bellied cross-beams. The monument is of national importance for its potential to enhance our knowledge of post-medieval construction techniques and transportation systems. It retains significant archaeological potential, with a strong probability of the presence of associated archaeological features and deposits. The structure itself may be expected to contain archaeological information concerning chronology and building techniques. The scheduled area comprises the remains described and areas around them within which related evidence may be expected to survive.