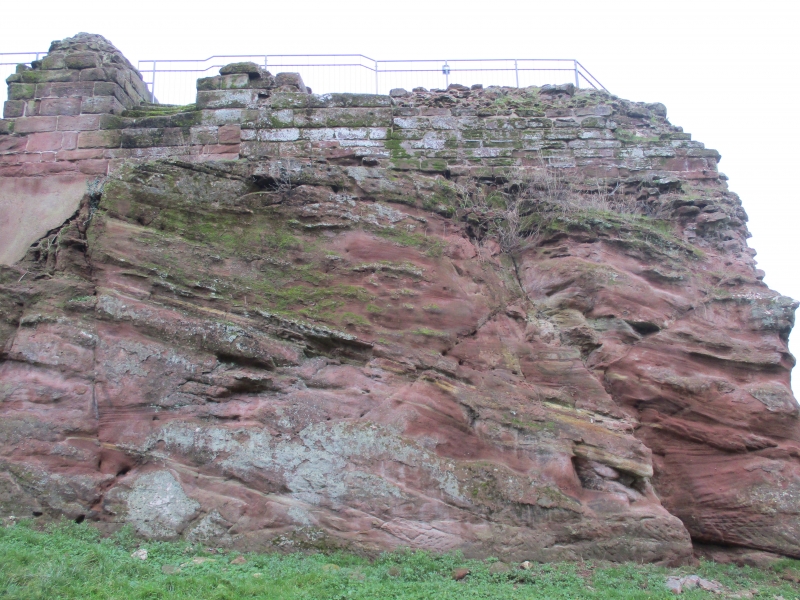 The monument consists of the remains of a castle, dating to the medieval period. A castle is a defended residence or stronghold, built mainly of stone, in which the principal or sole defence comprises the walls and towers bounding the site. Some form of keep may have stood within the enclosure but these were not significant in defensive terms and served mainly to provide accommodation. Holt Castle was built between 1282-1311 and demolished between 1675-83. The surviving remains include an irregular pentagon of walls, about 20-24m across set upon and against a boss of natural rock. The castle is reached by a causeway from the north, and is raised about 10m proud the expansive floor of a quarry that has subsumed any traces of ditches, moats or out-works. Old prints and plans show that the present remains represent a courtyard around which were ranges of apartments within a towered curtain. There are associated fishponds about 600m to west.