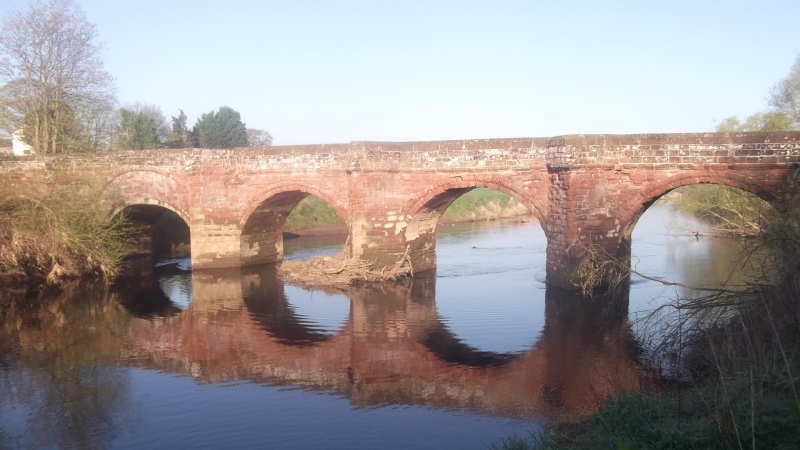 The monument consists of the remains of a bridge, dating to the medieval or post-medieval period.

Holt Bridge is of probable 15th or 16th century date, although there is mention of an earlier bridge on or near this site in a trial of 1368. The bridge is constructed of local red sandstone and has eight segmented arches separated on both sides by prominent pointed cutwaters. The bridge carries a single carriageway, spanning c.84m, and crosses the River Dee. Ancient Monument.