A Scheduled Monument in Shocklach Oviatt and District, Cheshire West and Chester 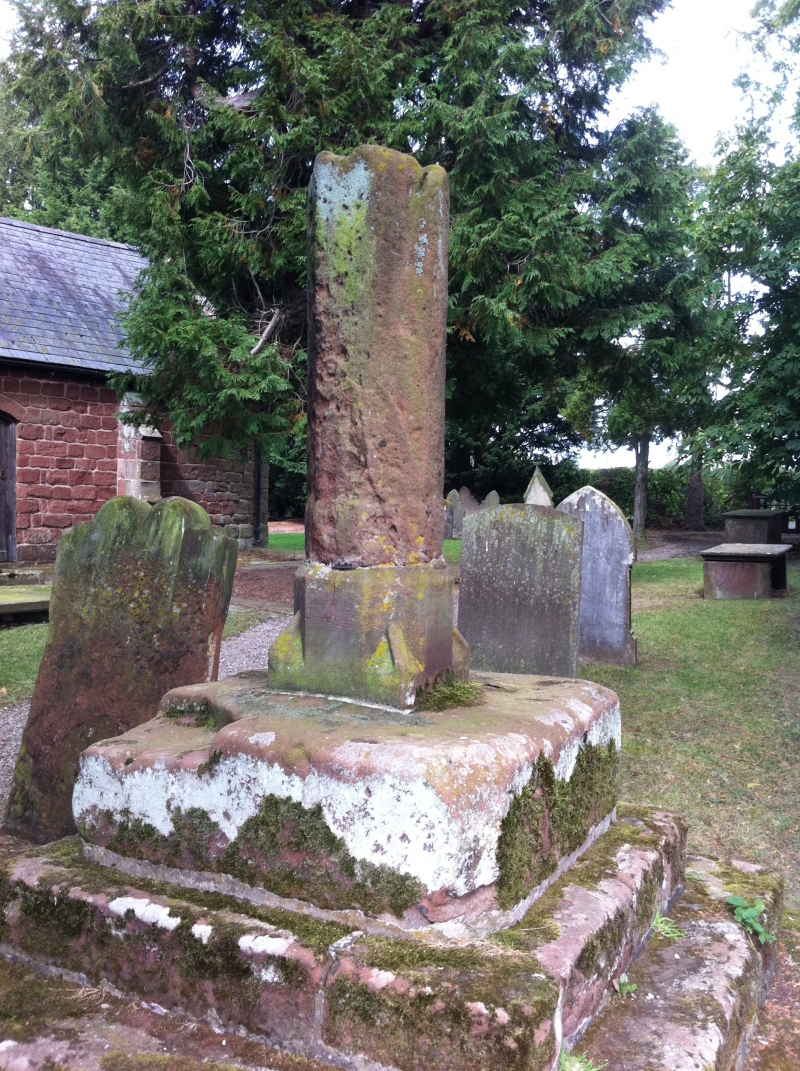 The monument includes a medieval cross on three steps in St Edith's
churchyard. The shaft has been partly restored and the head is missing.
The cross stands in its original location on the south side of the church. The
steps are constructed of local red sandstone ashlar blocks. The first step
measures 2.25m square and stands 0.1m high. The second step is 1.7m square
and stands 0.2m high. The third step is 1.2m square and 0.18m high. The base
is a single block of sandstone 0.97m square and 0.33m high. The edges are
deeply chamfered, a corner has been broken away on the north east side and
there is a recess cut into the top on the north west side. The shaft is said
to have been set on a small stone base in 1899.
The octagonal shaft stands 1.2m high with four cup-shaped depressions in the
top, reputedly for offerings during the plague of the 17th century.
The cross is Listed Grade II. The gravestones and slabs which lie adjacent to
the cross are excluded from the scheduling, although the ground beneath is
included.

The standing cross in St Edith's churchyard survives relatively well despite
the loss of the cross head and part of the shaft. Re-use as a plague cross
may have ensured its survival during the century after the Reformation.