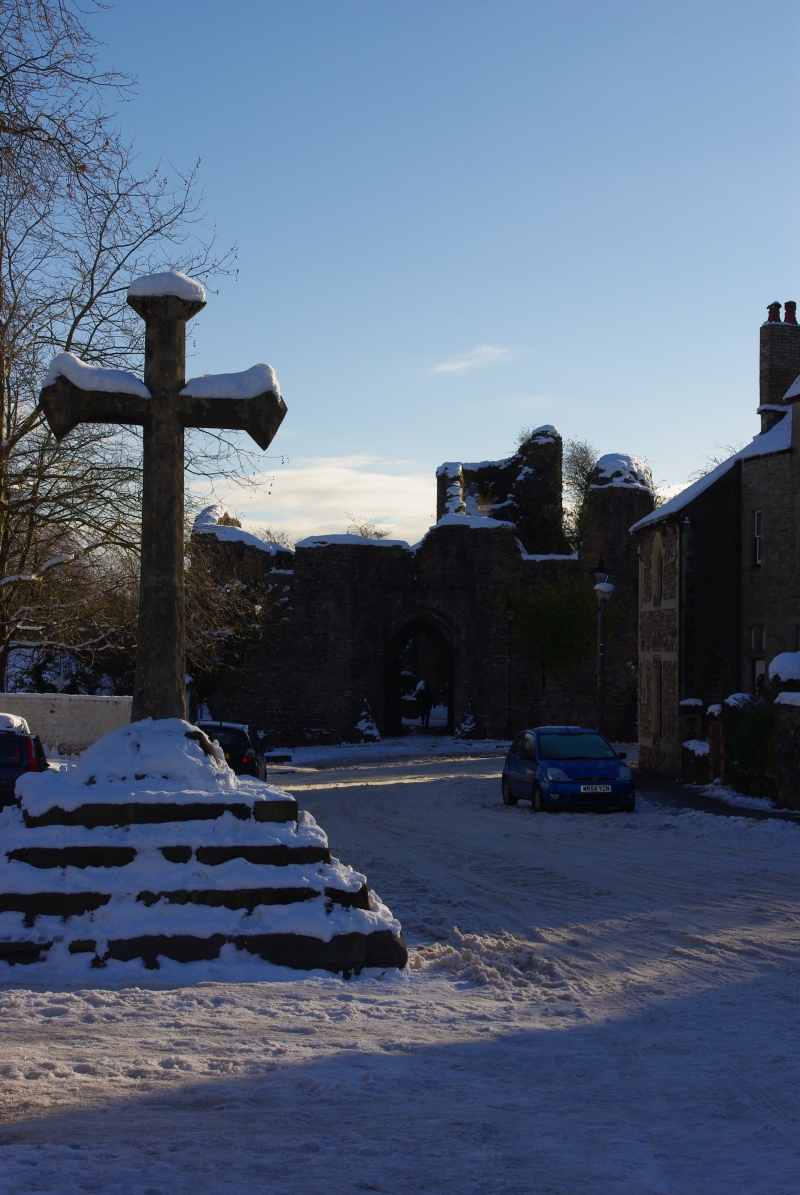 The monument comprises the remains of a moulded pillar cross, which dates to the late tenth or early eleventh century AD. First noted in 1870 built into the end wall of the Dairy Well in the grounds of the Bishop’s Palace, the monument is now displayed in the south chancel aisle of the cathedral close to the door into the Chapter House. The monument, which is mounted on a modern base, is carved from Sutton Stone and measures 0.89m in height, 0.3m in width and 0.23m in depth. The cross head is ringed and narrow, its arms confined within the width of the shaft. It possesses close stylistic links with the Llandough Cross (GM209), featuring exaggerated corner-mouldings and interlace plait work.

The monument is of national importance as a well preserved relic of the early medieval period in Wales (c. AD 400 – 1100) and for its potential to enhance our knowledge of the period for which this class of monument forms one of the most important sources of evidence. It forms an important element within the wider early medieval landscape, providing important evidence for this formative period of Welsh history, particularly concerning the origins and evolution of Christianity, the development of stylistic traditions and carved stone production.

It is the monument, as described above, that is scheduled rather than the church structure which itself is a listed building.