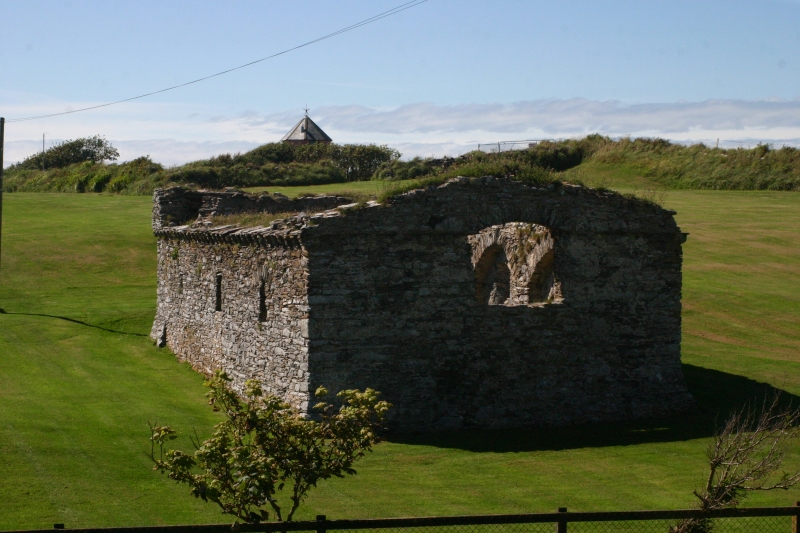 The monument consists of the remains of a castle ringwork, dating to the medieval period. The site comprises a sub-circular, univallate, enclosure measuring 85m in diameter. A V-shaped ditch, up to 4m deep encircles the site, with an outer bank, up to 1.25m high, visible around much of the circumference of the monument. A causeway crosses the ditch on the SE side, leading into the interior of the site which comprises a level platform 50m in diameter. The interior is enclosed by high banks to the N and S of the entrance which stand 6m above the base of the ditch and 2m high on the internal side. The northern internal bank extends for around 40 to the NNW, while the southern internal bank only extend for 20m. In the interior of the monument the ground is undulating which may be a result of erosion rather than an indication of internal features.