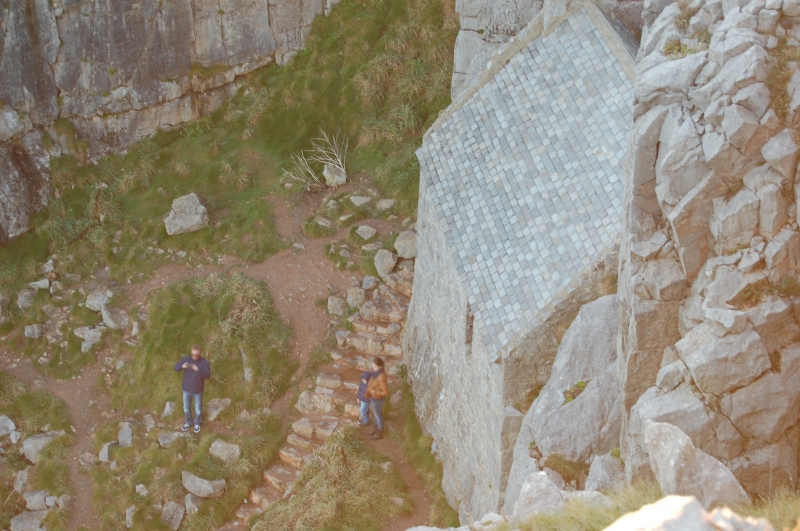 The monument comprises the remains of a defended enclosure, which probably dates to the Iron Age period (c. 800 BC - AD 74, the Roman conquest of Wales) and which is located on a promontory above the River Pilian and a tributary stream. It is naturally well protected to the south, west and northwest by steep natural scarps whilst the north east approach where the ground rises slightly is defended by a single bank ditch c.110m long. The bank stands up to 5m high and is revetted externally and internally by vertically-pitched slates, these may not be original, the ditch is rock cut and silted. The entrance is a simple gap approximately midway along the defence. The triangular-shaped internal area measures c.80m southwest to north east and 95m northwest to southeast.