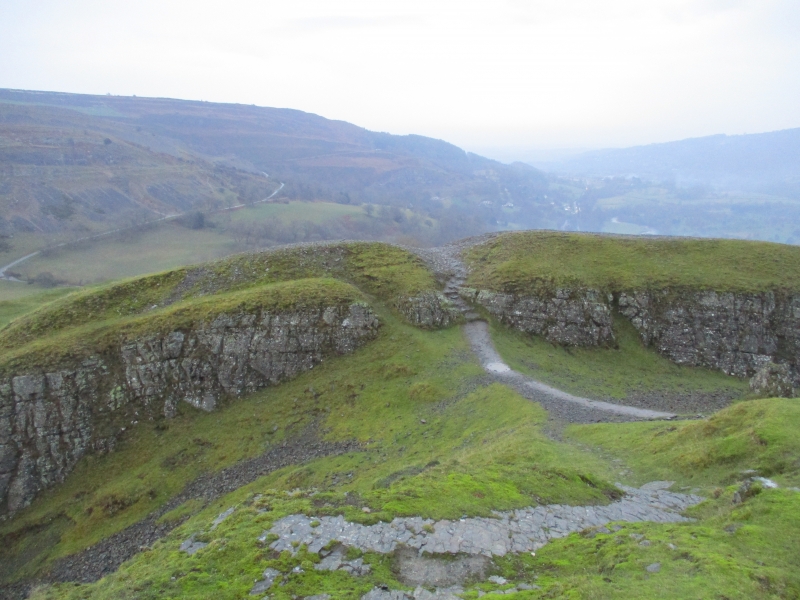 The monument comprises the remains of a later prehistoric (probably Iron Age) hillfort, constructed on the summit of a steep isolated hill where the Dee Valley is joined by the Horseshoe Pass from the north. The hillfort is univallate, with a probable entrance in the southwest. A number of possible hut sites are visible in the undulating interior of the hillfort. A medieval stone-built castle was later constructed during the 1260s by the lords of Powys Fadog, in the northwest corner of the hillfort. A rock-cut ditch surrounds the castle in the south and the east. The south and west sides of the keep are well preserved. The curtain wall survives intermittently, with remains of a typically Welsh apsidal tower in the middle of the south side. Traces of buildings in the west probably represent workshops, accommodation and stabling. The arched windows of the great hall or chapel survive to the east of the apsidal tower.

The monument is of national importance for its potential to enhance our knowledge of later prehistoric, and medieval defensive organisation and settlement. The site forms an important element within the wider later prehistoric and medieval context and within the surrounding landscape. The site is well preserved and retains considerable archaeological potential. There is a strong probability of the presence of evidence relating to chronology, building techniques and functional detail.