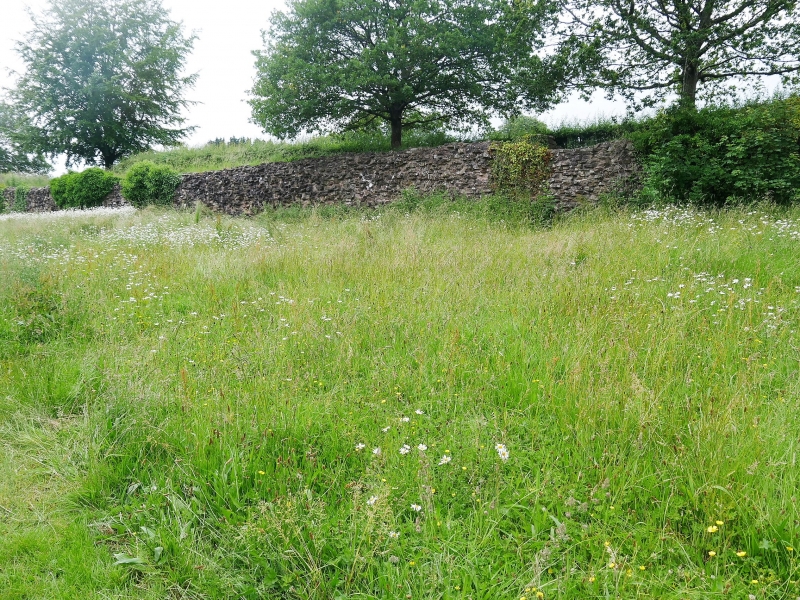 The monument consists of the remains of a civil settlement, known as the Canabae, associated with and located on the W side of the Roman fortress of Isca. The extent of the civilian settlement is known as a result of geophysical survey and small scale excavation, and covers land to the S and W of the fortress, either side of the modern Broadway. The Broadway follows the line of a road of Roman date that led from the W gate of the fortress to the quay on the River Usk and was the main focus of civilian settlement. Geophysical survey in the fields around the amphitheatre revealed a complex of large public style buildings extending over an area of about 5 hectares. Work in the 1950s had indicated the presence of large roman buildings in this area, including a bath-house and a building with a monumental entranceway. The monumental complex revealed during the geophysical survey includes one of the largest buildings known from Roman Britain, as well as several other buildings reminiscent of roman ‘public’ military architecture. Small-scale excavation on the site confirmed that the monumental complex was Roman in date, probably going out of use in the early-3rd century AD, and that it consisted of three distinct structures. The monumental complex has been interpreted as part of the official civilian settlement, the Canabae Legionis. Other structures associated with the Canabae have been located through geophysical survey on both sides of the Broadway, running back approximately 50m from the road. The survey also revealed several small roads running off Broadway, along which structures were identified. The structures appear to be multi-phased and constructed from both timber and stone. The site of the 3rd century AD quay was identified at the W end of Broadway and was excavated in the 1960s, it lies under the modern golf course. Further settlement structures have been identified on the NW side of the fortress, in an area of allotments and playing fields, these are also included in the scheduling

The monument is of national importance for its potential to enhance our knowledge of Roman urban settlement organisation. It retains significant archaeological potential, with a strong probability of the presence of associated archaeological features and deposits.