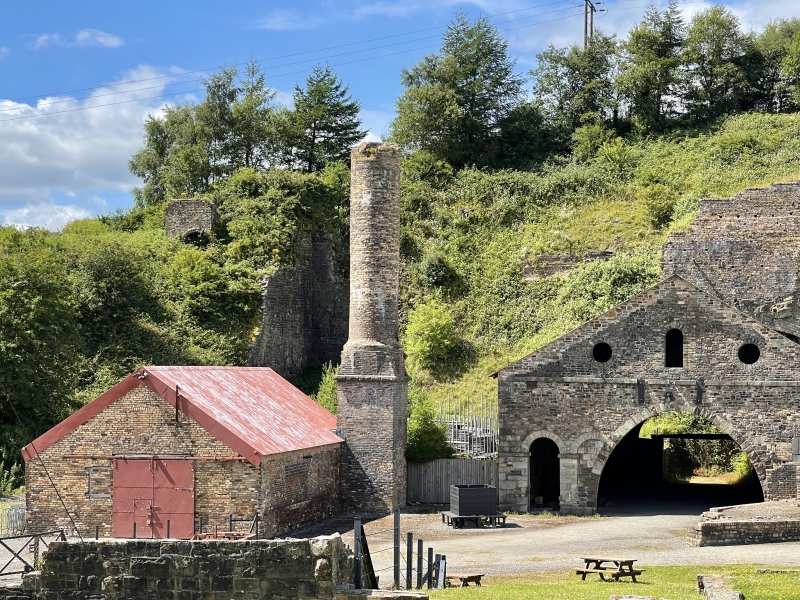 The monument comprises the remains of an eighteenth and nineteenth century ironworks. Located on the western side of the town of Blaenavon, the site lies at the north east corner of the South Wales Coalfield. Begun in 1789, the ironworks smelted ore to produce pig iron. When the works was established it was decided to put into practice the latest technology and industrial organisation. Unlike almost all previous ironworks it was built with three blast furnaces from the start which were operated with steam power. It was immediately one of the largest ironworks in the world.

The ironworks consists of the remains of a foundry, blast furnaces, cast houses, calcining kilns, balance tower, engine houses, boilers, chain stores, chimney stacks, workers’ accommodation, shop and railway. The high charging bank was where iron ore, coal and limestone were assembled and the ore was roasted in calcining kilns. The furnaces were built against a hillside cut back to a vertical face. Molten iron was tapped at their base and run out into cast houses, one of which still stands in front of Furnace 2, to the right of a foundry for casting iron objects. Dominating the whole ironworks is the balance tower, which raised wagons to the upper level. Close by are the key workers’ cottages at Engine Row and Stack Square.

The monument is of national and international importance for its potential to enhance our knowledge of the Industrial Revolution. With its exceptional range of surviving structures, Blaenavon is the best preserved blast furnace complex of its period and type in the world. As a consequence the ironworks and surrounding area have been designated a World Heritage Site.