A Scheduled Monument in Aberystwyth, Ceredigion 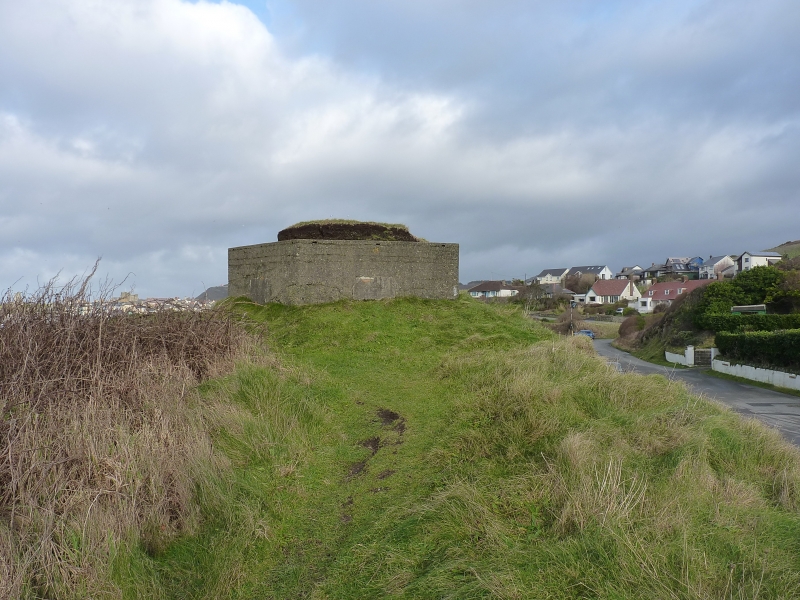 The monument consists of a reinforced concrete pillbox, dating to the early period of World War II (AD 1940-41). The pillbox is located on top of a small knoll overlooking the entrance to Aberystwyth Harbour and the bridge from Trefechan over the Afon Ystwyth to the Bar. The pillbox is built to standard War Office FW3/24 specifications, possessing seven embrasures, and was originally one of at least three known structures defending the harbour. It is an irregular hexagon in shape on plan and measures c. 4.85m in length N-S by 3.8m transversely and a maximum of 2.3m in height externally. The walls measure 0.39m in thickness. The pillbox entrance is shielded by a porch and two protective walls, which measure c. 2.7m in length and 1.7m in width. A grass and turf covering protects the roof and provides camouflage through concealment.

The monument is of national importance for its potential to enhance our knowledge of World War II anti-invasion practices. The monument is well preserved. It is an important relic of actions taken against the perceived threat of a German invasion from Ireland. It retains significant archaeological potential, with a strong probability of the presence of associated archaeological features and deposits.