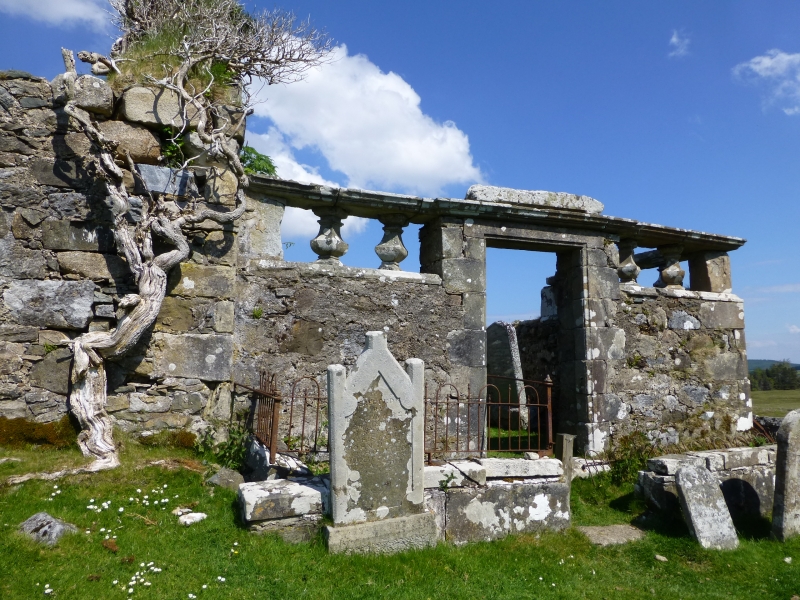 The monument consists of the remains of the late 16th/early 17th century church of the parish of Strath, known as Cill Chriosd.

Medieval material including an animal carving and decorative mouldings found in the graveyard and window fragments reused in the masonry suggest that the present church is built on the site of an earlier one. The first known documentary source for a church on this site is in 1505. In 1627 Cill Chriosd received its first protestant minister.

The church is situated in its rectangular graveyard on the N side of the road between Broadford and Torrin. The church is gabled, rectangular-plan, and measures 16m ENE-WSW by 5.2m NNW-SSE inside walls 0.7m-0.9m thick. Its rubble-built walls stand to wallhead level. There are no openings in the N and W walls. The entrance, in the S wall, has chamfered jambs and check and square sconsions. Three windows with inwardly splayed jambs, two E of the entrance, pierce the S wall. In the E gable is a blocked window with a segmental- headed rear arch. A later burial enclosure the same width as the nave abuts the E end of the church. In the SW portion of the graveyard is a slate tombstone of medieval date decorated with a foliate cross.

The area to be scheduled is rectangular, measuring a maximum of 110m NE-SW by 55m NW-SE, to include the church and burial ground, excepting the burial enclosure constructed against the E wall of the burial ground as shown in red on the accompanying map.

The monument is of national importance as a parish church originating in the Middle Ages, first documents in 1505. Although the earliest building on the site has been replaced, architectural remnants discovered in the graveyard and in the fabric of the existing building suggest the former existenve of an amitious and finely decorate earlier building. The monument has the potential to provide further evidence, through excavation and analysis, which may determine the precise location, chronology, layout and design of an earlier ecclesiastical foundation.