A Scheduled Monument in Leven, Kennoway and Largo, Fife 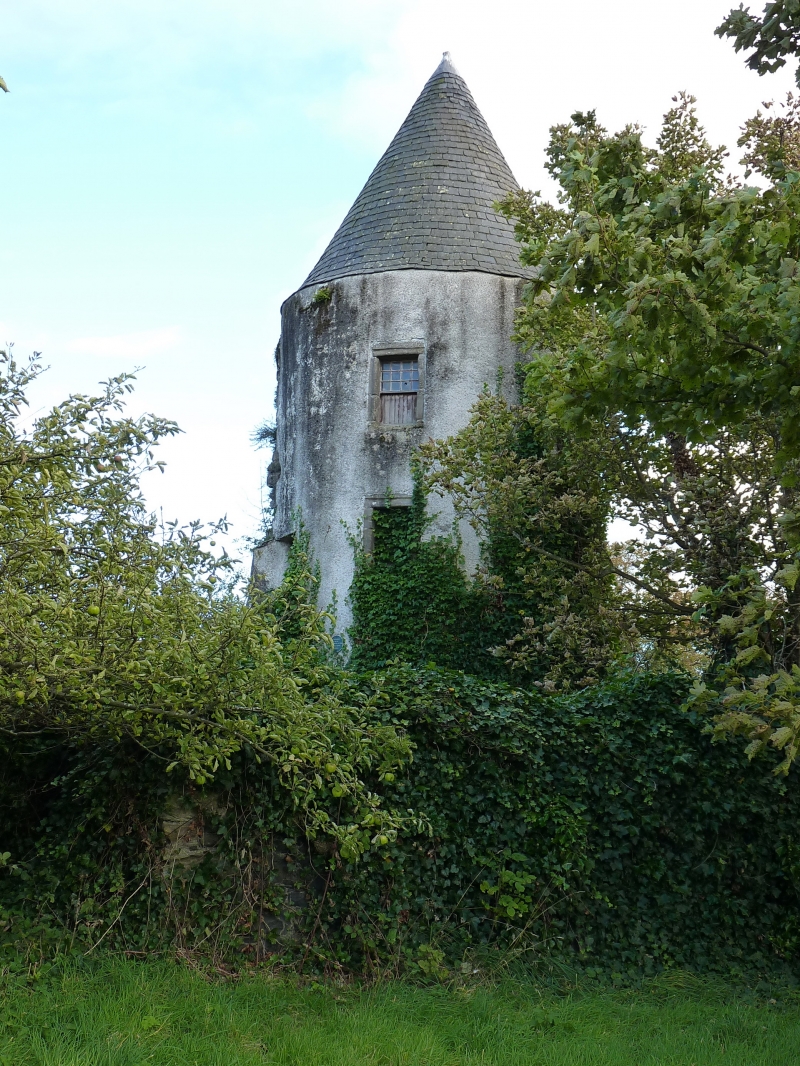 The monument consists of a circular tower, a fragment of a major sixteenth/seventeenth century house on the site of an earlier, documented, castle, and a small area around this tower.

The tower once formed the SW angle of an extensive quadrangular residence of the later sixteenth and early seventeenth centuries. The tower, and indeed the whole house, were preceded by an earlier castle, built after the lands were granted to Sir Andrew Wood in 1482-3. A license to build was granted in 1491. It is likely that the 1491 building formed the basis for continuous development of the

house up to its abandonment about 1750, and that the name of Sir Andrew Wood came to be associated with the later elements by association.

The area to be scheduled is rectangular, 50m E-W by 35m N-S, to include the tower and an area arou8nd under which may lie remains of the residence and earlier castle, as marked in red on the accompanying map.

The monument is of national importance as a fragment of a major late sixteenth-early seventeenth century residence occupying the site of an earlier, documented, castle. It has the potential to provide important information on the evolution of domestic architecture from defensive origins.