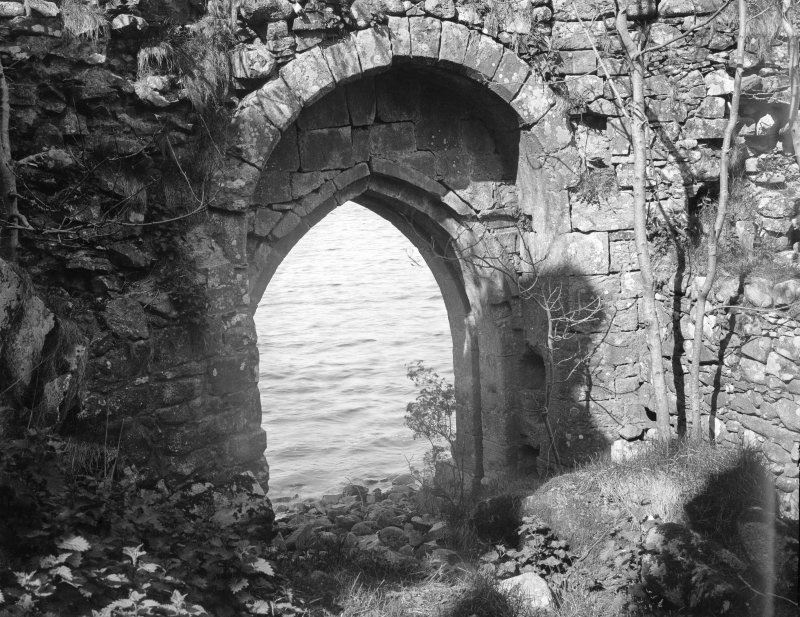 The monument consists of the original island site and partial remains of Loch Doon castle. It is situated on a small island, known as Castle Island, at the S end of Loch Doon. The site is usually submerged with only the tops of the walls of the castle visible.

The castle dates from the late 13th-century castle and has an extremely unusual eleven-sided curtain wall constructed of high quality ashlar masonry. In the first half of the 16th-century a small tower was added to the inside of the west wall. The castle was dismantled and rebuilt on the shore of the loch c1935, in advance of increasing water levels.

However, the wall core of the curtain wall was left on Castle Island, and archaeological deposits are also likely to have survived. Several dugout canoes were discovered on the island in the early 19th-century.

The area to be scheduled is circular in shape, with a diameter of 100m to include the upstanding masonry and an area around it, within which associated remains are expected to survive: as marked in red on the accompanying map extract.

The monument is of national importance as the remains of a 13th-century castle which has the potential to contribute to our understanding of medieval defensive and domestic structures, their social history and material culture. its importance is further enhanced by the association of the castle with the Bruce family and its involvement in the Wars of Independence.

NSA (1845) The new statistical account of Scotland by the ministers of the respective parishes under the superintendence of a committee of the society for the benefit of the sons and daughters of the clergy, 15v, Edinburgh, Vol. 5 (Ayr), 337.