A Scheduled Monument in Wester Ross, Strathpeffer and Lochalsh, Highland 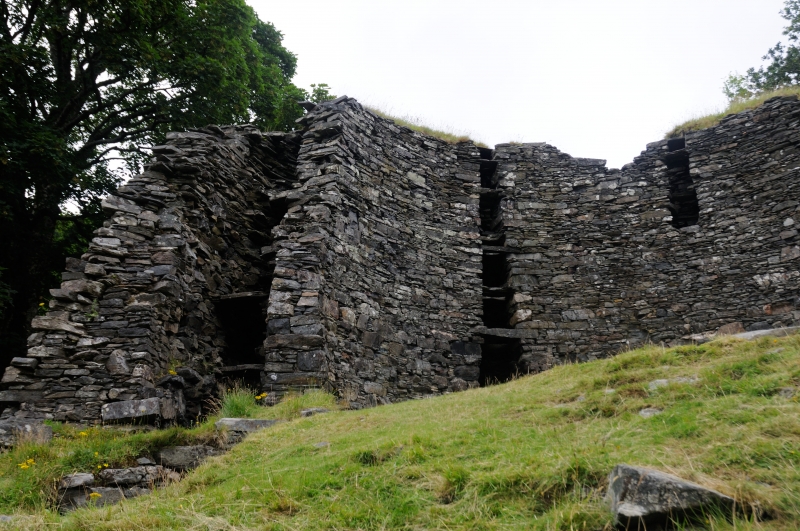 This monument consists of two well preserved brochs situated in the valley of Gleann Beag.

Dun Telve stands near the river and about one third of the wall still stands to a height of over 10m. The base of the wall is largely solid and above this there are traces of 5 galleries. The entrance has one door check and a bar-hole and an entrance opens off the entrance passageway to the right.

This broch was cleared of debris in 1914 and a number of finds were made. There are traces of the foundations of further stone-built structure outside the entrance to this broch.

Dun Troddan is set on a terrace in the hillside a little further up the glen. About one third of its wall survives to a height of 7.6m and it is very like its neighbour in structural detail. Investigation of the interior of this broch in 1920 revealed a ring of post holes which probably supported a floor or roof. A central stone built hearth was also found.

These areas include the brochs, the external buildings associated with Dun Telve and further areas around both brochs in which traces of activities associated with their construction and use may survive, as shown in red on the attached map.

These monuments are of national importance for their potential to contribute to an understanding of prehistoric domestic and defensive architecture. Dun Telve and Dun Troddan are two of the three best preserved of the surviving brochs of Scotland; both incorporate vital information concerning the form and construction of buildings of this type.