A Scheduled Monument in Beetham, Cumbria 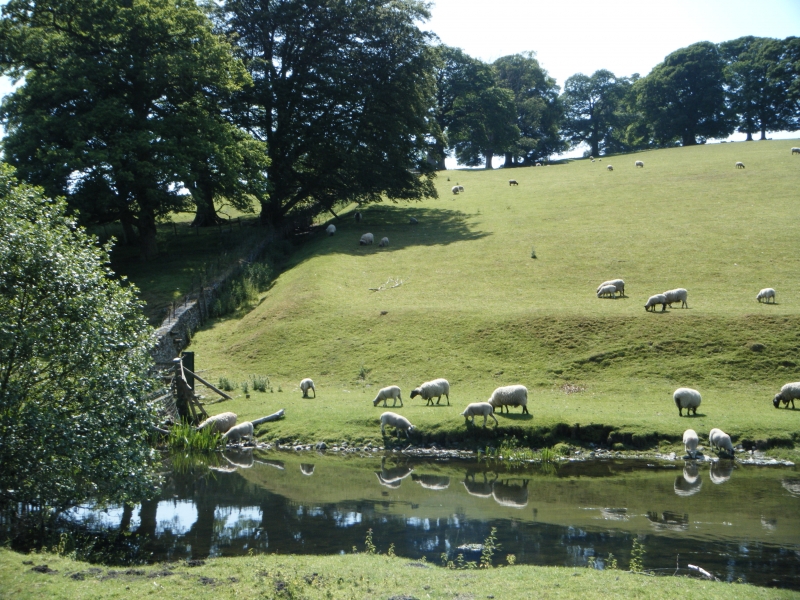 Church of England Parish: Beetham St Michael and All Angels

The monument includes a medieval ringwork located in Dallam Park on a
prominent hilltop known as Castle Hill 380m south east of Dallam Tower. It
is strategically situated to overlook the lowest bridging point of the
River Bela and the village of Milnthorpe. Although no documentary evidence
exists relating to the construction of the ringwork it is thought to be a
precursor to the 14th century Dallam Tower.

The ringwork includes a sub-circular earth and stone mound measuring up to
42m east-west by 35m north-south. It has a flat top which has been created
by raising the mound above the surrounding landscape only slightly on the
north side but between 2m and 4m elsewhere. The top of the mound measures
27m by 22m and it contains an earth and stone bank up to 0.35m high around
its eastern, southern and western edges. The monument lies within land on
the Parks and Gardens Register where it is known as Dallam Tower, GD1655.

All posts and fencing surrounding young trees are excluded from the
scheduling, although the ground beneath these features is included.

The ringwork on Castle Hill in Dallam Park 380m south east of Dallam Tower
is a rare example of this class of monument in north west England and
despite the absence of an obvious defensive ditch it survives reasonably
well. It is considered to be the forerunner of the nearby Dallam Tower, a
14th century stronghold, and as such attests to the military importance of
this area during the later medieval period.