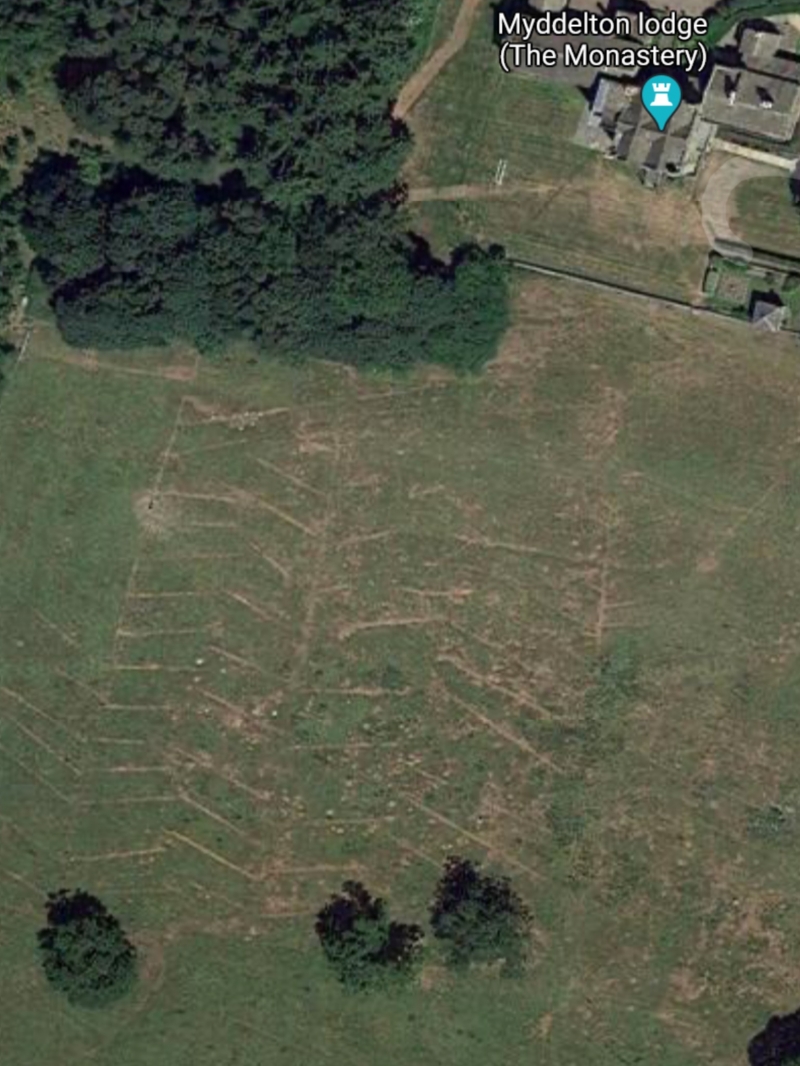 Scalewra is an abandoned medieval settlement north of Ilkley in the parish of Middleton, located in a green belt field below the historic Myddleton Lodge. The parish of Middleton is mentioned in the Doomsday Book and Scalewra still existed in 1490 when records show that Anne Middleton received in dower `all their messuage of Scalewray’. A Middleton marriage settlement of 1587 includes Scaweray, alias Scalwerey’. It is unclear exactly when Scalewra was abandoned but it is likely that the settlement was depopulated by the late 15th century.

Myddleton Lodge, the former home of the Middleton family was built in the 16th century and is situated immediately north of the monument field. The monument survives as a series of earthwork and buried remains. Running east to west along the northern edge of the monument is a series of sub-rectangular enclosures marked by low banks. The banks survive to a height of approximately 0.3m. The enclosures are interpreted as medieval building platforms with the low banks representing buried walls. The cultivation strips collectively form ridge and furrow and survive to a height of approximately 0.4m. The ridge and furrow run from north to south following the natural slope of the ground and the natural drainage pattern down to the old road leading up to the Lodge, now called Old Lodge Hill.

This monument is scheduled under the Ancient Monuments and Archaeological Areas Act 1979 as amended as it appears to the Secretary of State to be of national importance.