A Scheduled Monument in Stretton-on-Dunsmore, Warwickshire 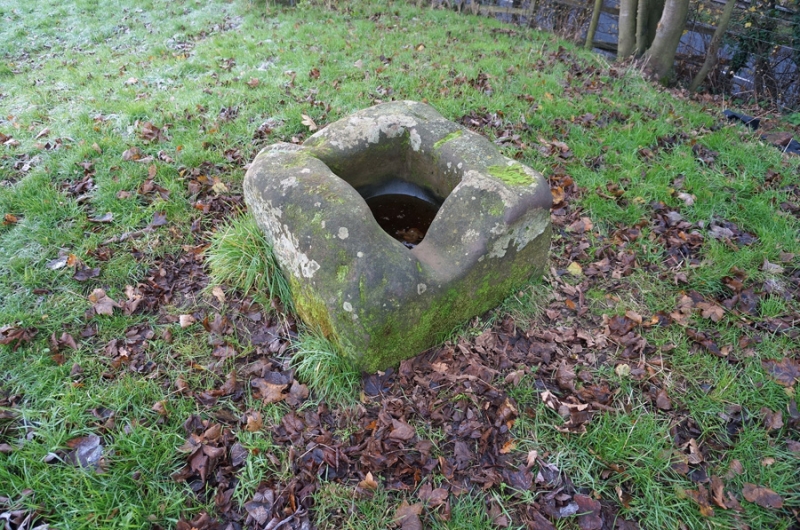 The monument includes Knightlow Cross, located on Knightlow Hill, close to the
eastern edge of Ryton-on-Dunsmore parish. It is thought to represent the
remains of a boundary cross. The cross, and the mound on which it stands,
which is also included in the scheduling, are medieval in date. It has been
suggested that the mound may have originated prior to the construction of
the cross, perhaps as a burial tumulus which was later adapted as a base for
the cross.

Situated on a ridge overlooking the Avon valley, the monument takes the form
of a subcircular mound measuring 11m east-west by 10m and up to 1.25m in
height. Standing approximately at the centre of the mound is a roughly square
sandstone socket-stone measuring 0.78m by 0.76m by 0.42m high. The socket
measures 0.38m by 0.35m by 0.35m deep and has a slightly rounded base. The
west side of the socket-stone is marked by a deep sloping groove. Formerly
fixed in the socket would have been the shaft which supported the cross-head;
the shaft is thought to have been destroyed in the 16th century.

A ceremony is held here each November 11th for receiving `wroth silver' a
practice which can be traced back to a charter dating from the reign of King
John.

The cross is Listed Grade II.

All fence posts are excluded from the scheduling although the ground beneath
them is included.

Knightlow Cross and the mound on which it stands survive well as standing,
earthwork and buried remains. It is a good example of a medieval boundary
cross and is rare in that it is associated with a well-documented tradition,
still continuing, which dates back to medieval times. In addition the mound
will preserve valuable evidence of land-use prior to its construction.