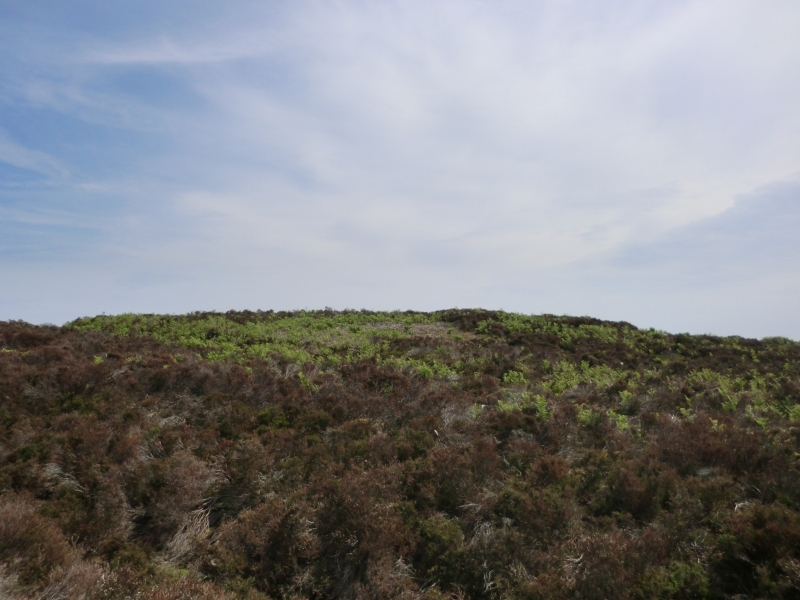 The monument includes two adjacent round barrows located in a prominent
position overlooking low lying moorland to the south. They lie on the
easternmost extent of the sandstone, heather covered moor characteristic of
the North York Moors. Today the moor is little used but archaeological
evidence indicates that this has not always been the case. The prehistoric
period in particular saw extensive agricultural use of the area. It was also
then being used for burials and activities associated with the carving of
patterns on exposed rock. Remains of these activities survive today.
Each barrow has an earth and stone mound. They lie 10m apart. The northern
mound is flat-topped and measures 8m in diameter and is 0.5m high. It is
surrounded by a broad, shallow ditch 1m wide and 0.4m deep. Outside the ditch
there is a slight counterscarp bank up to 3m wide. The southern mound measures
10m in diameter and is 0.4m high. It was surrounded by a ditch up to 3m wide
which has been filled in and is no longer visible as an earthwork. Both
barrows have been disturbed by excavation in the past indicated by a slight
hollow in the centre of each mound.

The two round barrows known as Thorn Key Howes, on Low Moor have survived
well, and significant information about the original form of the barrows and
the burials placed within them will be preserved. Evidence of earlier land use
will also survive beneath the barrow mounds. The monument lies in an area rich
in similar monuments and offers important scope for the study of social and
ritual activities in the region during the prehistoric period.