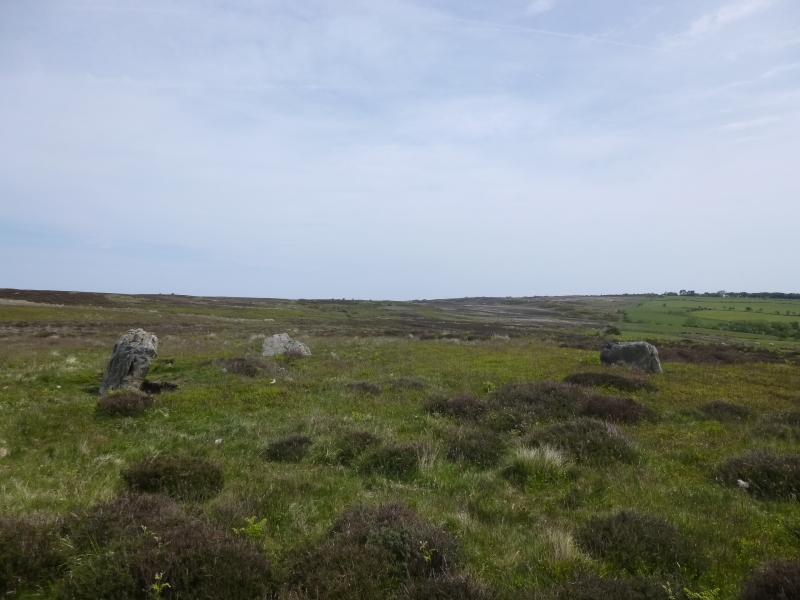 The standing stones on Standing Stones Rigg represent the remains of a small
stone circle. No trace exists of other stones in the ring, nor is there a sign
of an enclosing bank or ditch. It is clear that there will be traces of both
elements under the turf if they existed originally.
These stones are also of interest since they form part of a large surviving
area of Bronze Age activity, both burials and linear earthworks, covering the
surviving extent of Low Moor.
The monument survives well in spite of the collapse of the northern stone. All
the stones are probably in their original positions and will give a good
indication of the reasons for the orientation of the stones when such
orientations are better understood. The relationship of the stones to the
barrows to the west and south east will also have been preserved by the
original orientation.