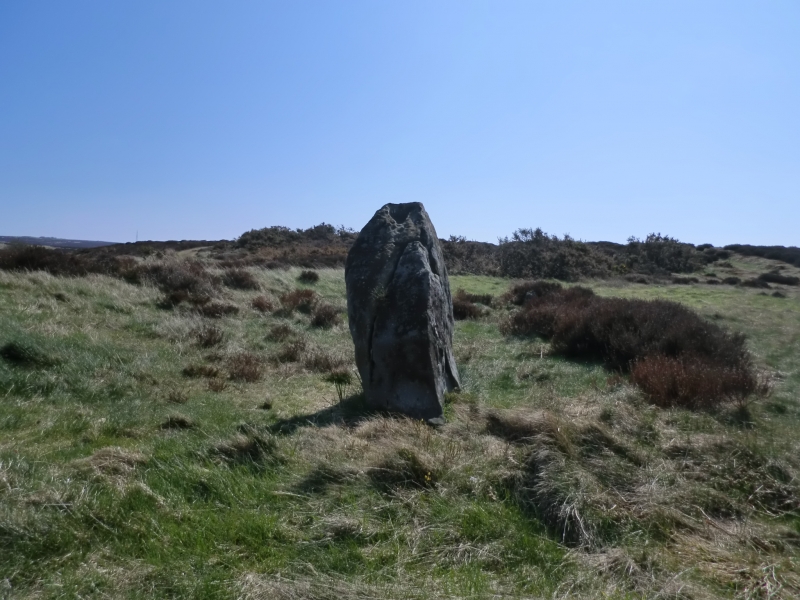 The monument includes the buried and earthwork remains of a cairnfield located
on the western side of Howdale Moor. This is the easternmost extent of the
sandstone, heather covered moor characteristic of the North York Moors. Today
the moor is little used but archaeological evidence indicates that this has
not always been the case. The prehistoric period in particular saw extensive
agricultural use of the area. It was also used for burials and activities
associated with the carving of patterns on exposed rock. Remains of these
activities survive today.
The cairnfield occupies level ground to the south east of a small gill with
land sloping down to the south and east. The cairnfield includes at least 11
cairns and extends over an area approximately 350m east to west by 150m north
to south. The cairns are stony mounds measuring up to 6m in diameter and up to
0.5m in height. These are the result of stone clearance in the Bronze Age to
improve the land for farming. Evidence from other similar monuments in the
north of England shows that such cairns may also have be used for burials or
cremations. The settlement from which this area of land was farmed has yet
to be identified.

The cairnfield 690m east of Cook House has survived well. Significant
information about the original form of the cairns, any burials placed within
them and its relationship with other monuments will be preserved. Evidence of
earlier land use will also survive beneath the cairns.