Bowl barrow on the summit of Cop Heap

A Scheduled Monument in Warminster, Wiltshire 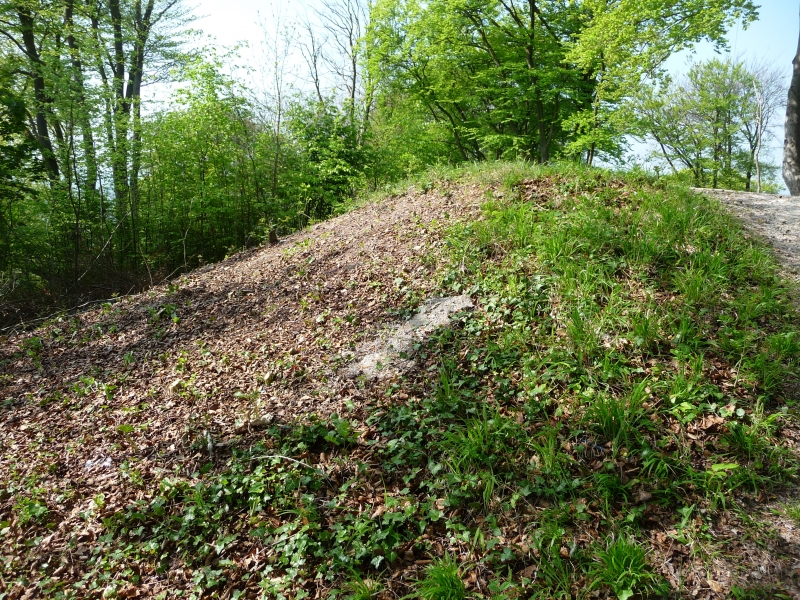 Entry Name: Bowl barrow on the summit of Cop Heap

The monument includes a bowl barrow on the summit of Cop Heap, a spur of Lower
Chalk projecting from the south western edge of Salisbury Plain, to the north
east of Warminster. There is flat ground to the east and steep slopes on the
other three sides.
At the eastern end the mound of the barrow is 2.9m high. From north to south,
the mound is 27m wide while from east to west it measures 29m. The mound has a
flat top measuring 9.4m from north to south and 7.2m from east to west. The
barrow was partially excavated by the antiquarians Sir Richard Colt-Hoare
and William Cunnington in the early 19th century. They found a primary female
inhumation with a child accompanied by shell and bone beads, and two secondary
inhumations. At this time the barrow mound was surrounded by a ditch and outer
bank. The ditch has become infilled over the years and the bank is no longer
visible but both features will survive to the east as buried remains.

The bowl barrow on the summit of Cop Heap survives well in an impressive
location. Partial excavation in the 19th century has demonstrated that the
barrow will contain further archaeological and environmental evidence which
relates to the people who built the barrow, its use and the landscape in which
they lived.