A Scheduled Monument in Glazeley, Shropshire 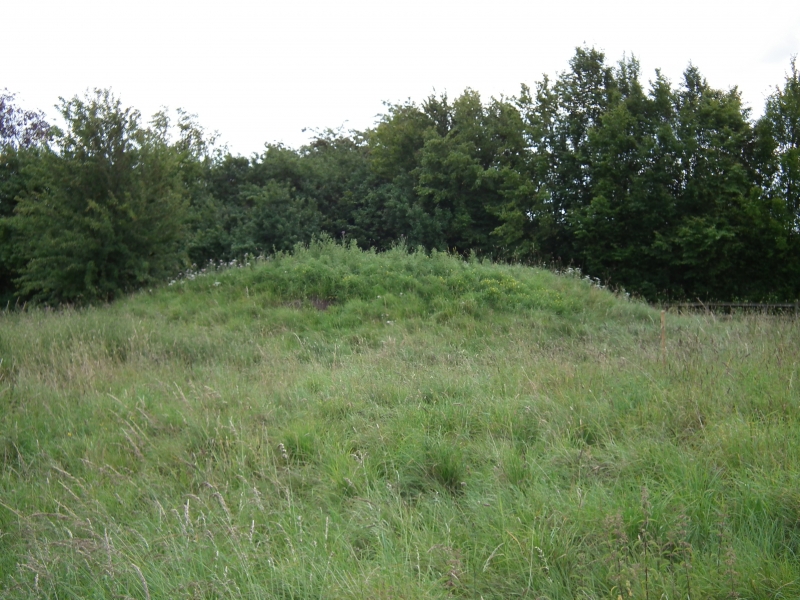 The monument includes the earthwork and buried remains of a Bronze Age round
barrow constructed of earth and situated on a gentle east to north east facing
slope in an area of undulating land. The barrow mound is about 21m in diameter
at its base. Its flat top, 8m across, may be the result of later modification.
In relation to the sloping ground on which it stands, the height of the mound
increases from 1.6m to 2.2m. Although no longer visible at ground level, a
ditch from which material was quarried during the construction of the
monument, surrounds the mound. This has become infilled over the years but
will survive as a buried feature, approximately 3m wide.
All fence posts are excluded from the scheduling, although the ground beneath
them is included.

The round barrow 65m south west of St Bartholomew's Church is a well-preserved
example of this class of monument. It is a rare survival in an area where
similar examples have been levelled by the plough. The barrow mound will
retain evidence for its method of construction as well as the burials within
it. These remains will advance our understanding of Bronze Age society,
including the ritual practices and technical abilities of these people. The
accumulated ditch fills will preserve environmental evidence for the
activities which took place at the site, during the construction of the barrow
and its subsequent use. In addition, the buried ground surface beneath the
mound will preserve evidence for the landscape in which the barrow was built.