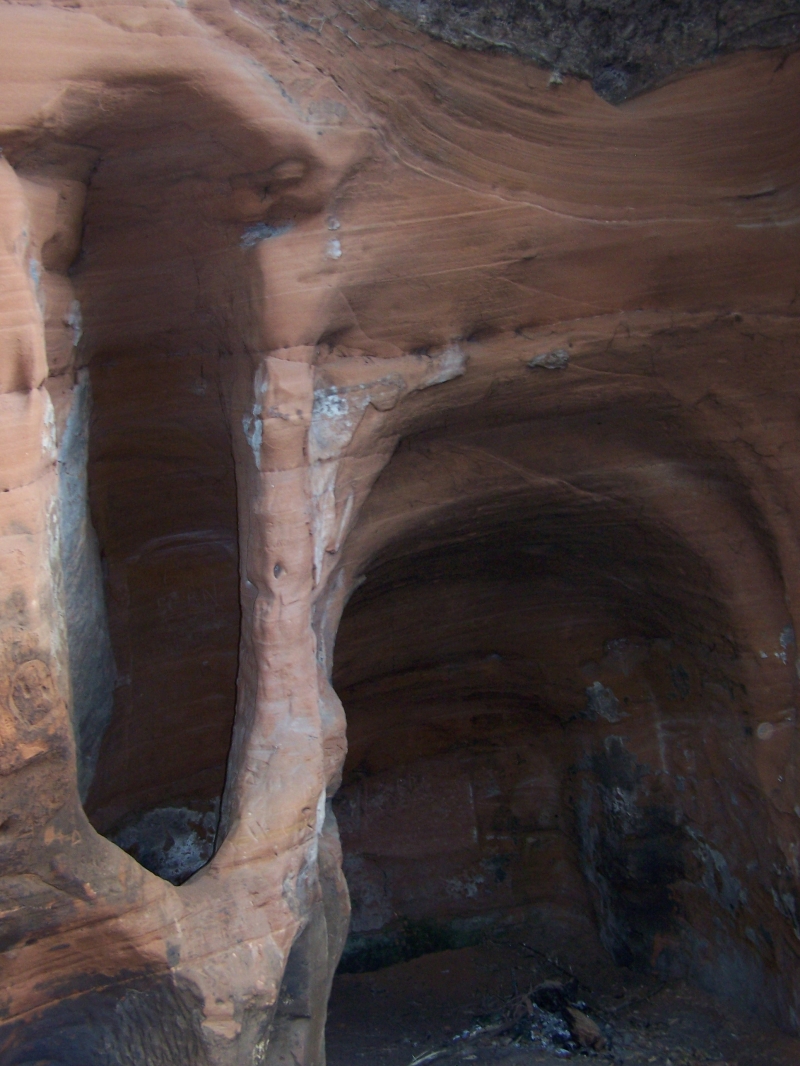 Remains of The Hermitage 650m north-west of Hermitage Farm.

The monument includes the remains of a hermitage situated within a sandstone ridge on the eastern edge of Bridgnorth and east of the River Severn. The hermitage has been carved out of the soft sandstone rock where natural cave formations also exist. The hermitage survives as four hand carved chambers. One which was used as a chapel is separated from the other chambers by a crudely moulded circular arch with a shallow round headed recess at its east end. The site was partially excavated and surveyed in 1877.

The Hermitage is believed to be of Saxon origin, a solitary dwelling place of Athelardestan, believed to be the brother of King Athelstan who fled to the hermitage to seek religious solitude. Documentary evidence indicates the hermitage existed in the reign of Edward III under the patronage of the Crown. The site of “Hermit’s Well” is thought to lie approximately 130m north east of the hermitage.

Following St Augustine's re-establishment of Christianity in AD 597, monasticism formed an important facet of both religious and secular medieval life in the British Isles. Although most monasticism centred on communities, some men and women chose to live solitary lives of contemplation and simplified religious observance, akin to those of the Christian fathers and early British saints. They lived in what we now refer to as hermitages, occupying secluded sites such as isolated islands and caves in river banks, marshy areas or forests. The hermits lived off alms or under the patronage of the nobility who established hermits to pray for the souls and well-being of their families. Hermitages were generally simple, comprising a dwelling area, an oratory or room set aside for private prayer, and perhaps a small chapel. Hermitages fell out of favour with the general dissolution of religious establishments in the middle of the 16th century. Around 500 hermitages are known from documents but the locations of very few have been identified and this is therefore a rare monument type. All examples which exhibit surviving archaeological remains are worthy of protection.

Despite some damage to a small portion at its western end, the remains of The Hermitage 650m north-west of Hermitage Farm provides a rare and well preserved example of an early rock cut hermitage site and will contribute to our knowledge and understanding of monasticism during the medieval period. The standing fabric of the hermitage, the chapel and associated rock cut features are expected to illuminate both the construction and development of the hermitage throughout its history. They will provide information relating to the dates of any developments at the site and as well as evidence for changing ritual and religious practices from the Anglo-Saxon period until at least the 14th century. Buried remains, including artefacts and environmental deposits, will include information about the daily activities, range of contacts and the status of the occupants the hermitage.