A Scheduled Monument in Harpham, East Riding of Yorkshire 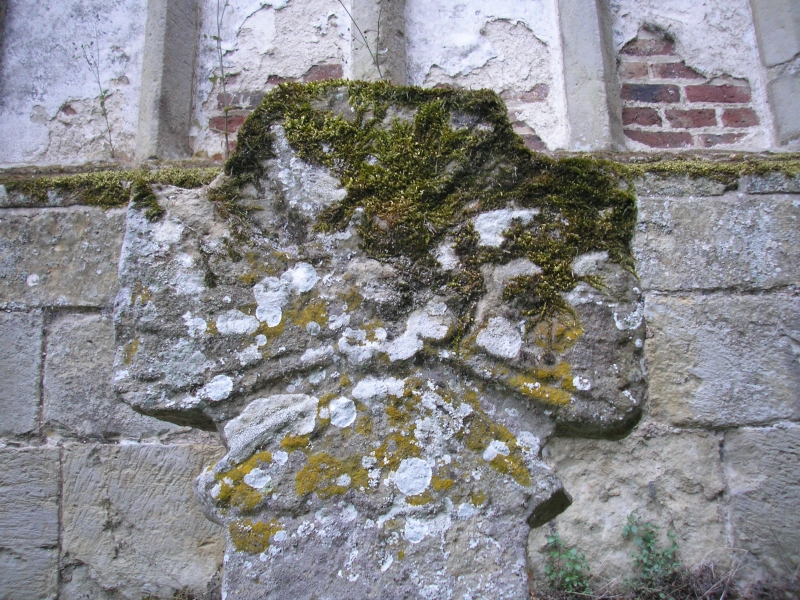 The term college is used to describe a variety of different types of
establishment whose communities of secular clergy shared a degree of common
life less strictly controlled than that within a monastic order. Although some
may date to as early as the tenth century, the majority of English colleges
were founded in the 14th or 15th centuries. Most were subsequently closed down
under the Chantries Act of 1547.
Colleges of the prebendal or portional type were set up as secular chapters,
both as an alternative to the structure of contemporary monastic houses and to
provide positions for clerics whose services the monastic establishment wished
to reward. Some barons followed suit by setting up colleges within their
castles, while others were founded by the Crown for the canons who served
royal free chapels. Foundations of this type were generally staffed by
prebends or portioners (priests taking their income from the tithes, or other
income deriving from a village or manor). After 1300, chantry colleges became
more common. These were establishments of priests, financed from a common
fund, whose prime concern was to offer masses for the souls of the patron and
the patron's family. They may also have housed bedesmen (deserving poor and
elderly) and provided an educational facility which in some cases eventually
came to dominate their other activities.
From historical sources it is known that approximately 300 separate colleges
existed during the early medieval and medieval period; of these, 167 were in
existence in 1509, made up of 71 prebendal or portional colleges, 64 chantry
colleges and 32 whose function was primarily academic.
In view of the importance of colleges in contributing to our understanding of
ecclesiastical history, and given the rarity of known surviving examples, all
identified colleges which retain surviving archaeological remains are
considered to be nationally important.

St Martin's collegiate church is well documented and retains significant
upstanding medieval fabric which can be related to that documented history.
Its importance is heightened by the survival of features that were often
removed or covered over during 19th century restoration. This includes
fragments of medieval wall plaster and mortar as well as architectural
features such as the piscina.
The monument's importance is heightened by the inclusion of a standing cross.
These were mostly erected during the medieval period (mid-10th to mid-16th
centuries) and served a variety of functions. In churchyards they acted as
stations for outside processions, particularly in the observance of Palm
Sunday. Elsewhere, standing crosses were used within settlements as places for
preaching, public proclamation and penance, as well as defining the rights of
sanctuary. They were also employed to mark boundaries between parishes,
property or settlements. Crosses in market places may also have helped to
validate transactions.
Standing crosses were distributed throughout England and are thought to have
numbered in excess of 12,000. However, their survival since the Reformation
has been variable, being much affected by local conditions and attitudes. In
particular many cross heads were destroyed by iconoclasts during the 16th and
17th centuries. Less than 2,000 medieval standing crosses, with or without
heads, are thought to survive. The oldest and most basic form is the monolith,
a stone shaft often set directly into the ground without a base. The most
common form is the stepped cross in which the shaft is set into a socket stone
and raised upon a flight of steps. Where the cross head survives it can take a
variety of forms, the more elaborate examples dating to the 15th century.
Standing crosses contribute significantly to our understanding of medieval
customs, both secular and religious, and to our knowledge of medieval parishes
and settlement patterns. All crosses which survive as standing monuments,
especially those which stand in of near their original location, are
considered to be worthy of protection. The example within the easternmost bay
of St Martin's Church is thought to be 14th century in date. Its carving is
well preserved and it is a good example of its type.