Wayside cross in Newlyn churchyard, south of the church 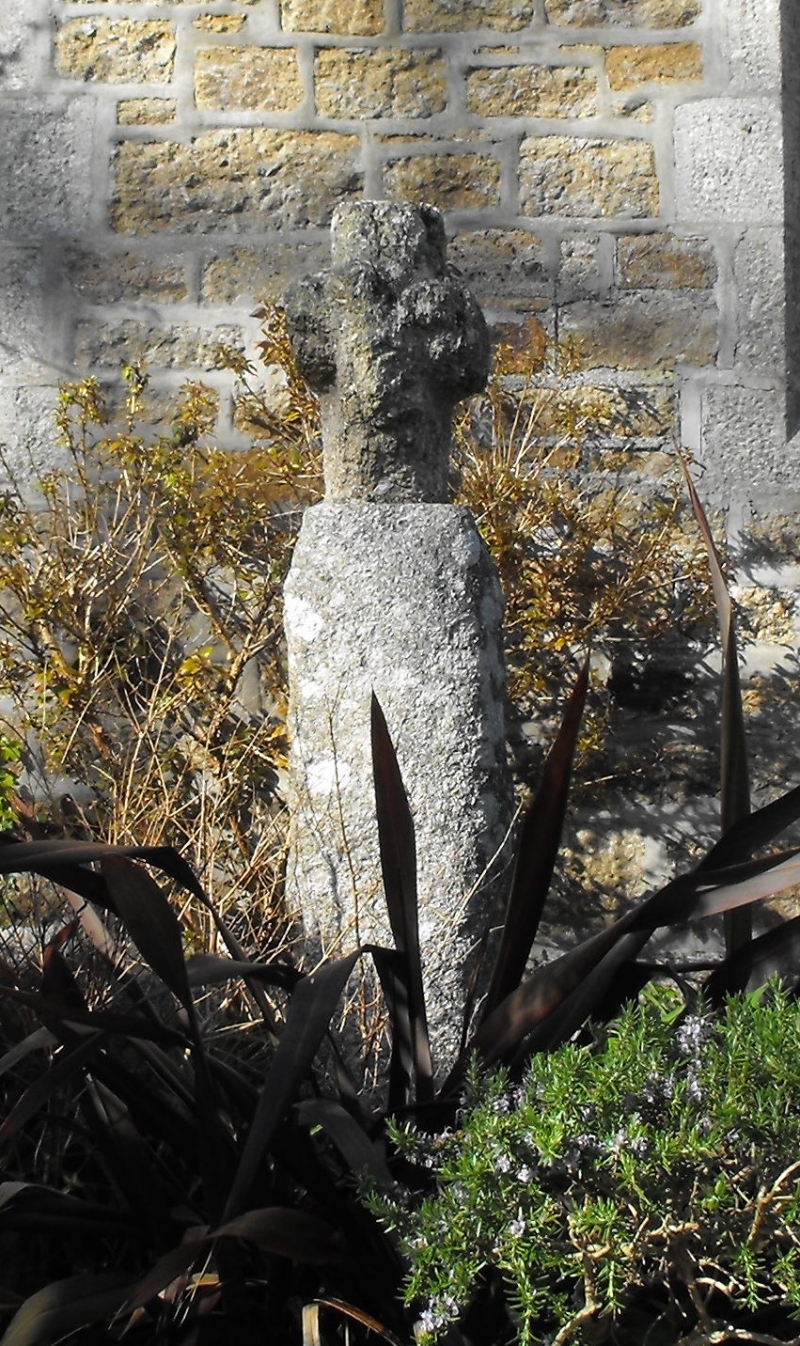 The monument includes a medieval wayside cross situated to the south of the
church at Newlyn in the far west of Cornwall.
The wayside cross is visible as an upright granite head mounted on a modern
granite shaft and base. The head has unenclosed arms, a form called a `Latin'
cross, with its principal faces orientated north-south. The overall height of
the monument is 1.96m. The head measures 0.47m high by 0.29m wide and is 0.28m
thick. Both principal faces are decorated. The south face bears a relief
figure of Christ with outstretched arms, the head inclined to the west; the
lower part of the body is truncated by a fracture. The north face bears a
relief equal limbed cross. The head is cemented onto a modern shaft, set in a
socket in a roughly rectangular base.
This cross was dug up in a field at Trereife 1.25km north west of the church
around 1870. It remained in the grounds of Trereife for several years,
eventually being given to the vicar of Newlyn. The vicar placed the cross on a
rock over a cave, beside the road which passes to the south of the church.
Later it was moved to the churchyard and erected on a modern shaft and base in
its present location.
The metalled surface of the modern drive passing to the south of the cross is
excluded from the scheduling, where it falls within the protective margin,
although the ground beneath is included.

This wayside cross head has survived well and is a good example of the
uncommon `Latin' cross type. It is also a rare example of a `Latin' cross with
a figure of Christ motif. Its burial, rediscovery and re-erection in the
churchyard at Newlyn illustrates well the changing attitudes to religion and
their impact on the local landscape since the Reformation period.