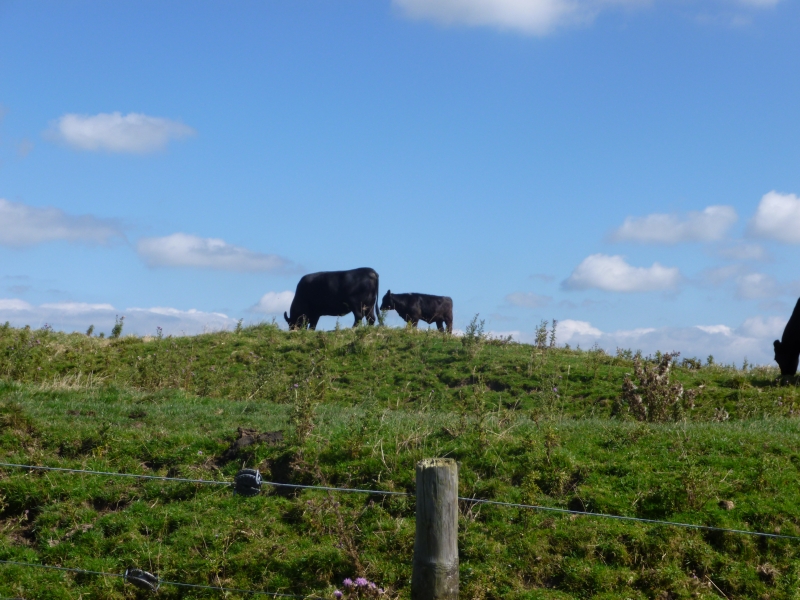 The monument includes a bowl barrow located on a ridge top south-south-west of
the highest point and 450m south of Hillside. It survives as a D-shaped
earthen mound slightly mutilated on its western side and measuring up to 0.5m
high with maximum dimensions of 11m by 9.5m. The monument is not known to
have been excavated.

Despite some mutilation of the monument's western side by mining, the bowl
barrow 450m south of Hillside survives reasonably well. It is a rare survival
in the Peak District of an unexcavated example of this class of monument and
will contain undisturbed archaeological deposits within the mound and upon the
old landsurface.