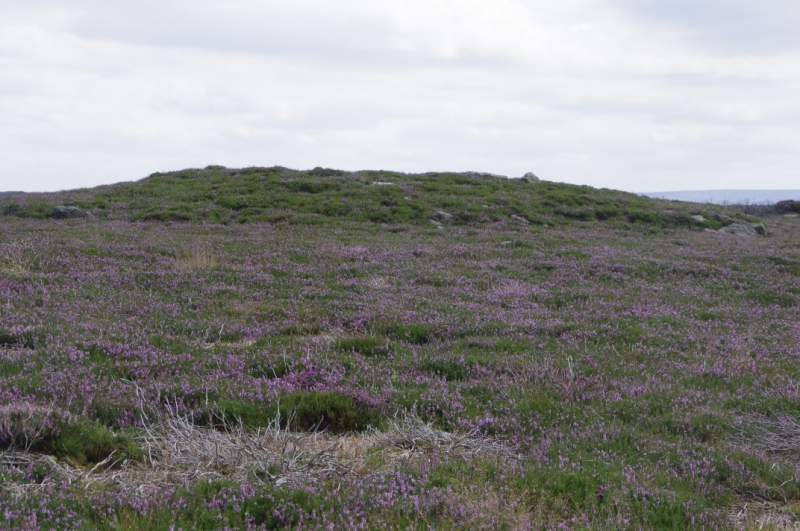 The monument includes a round barrow situated in a prominent position on the
north edge of the North York Moors.
The barrow has an earth and stone mound standing 1.5m high. It is round in
shape and 14m in diameter. There is a kerb of retaining stones which defined
the barrow and supported the mound, set lengthwise around most of the
circumference of the mound. To the south west of the mound are traces of an
outer ring of stones 2m from the kerb. There is a small hollow in the centre
indicating an excavation in the past.
The barrow lies in an area rich in prehistoric monuments, including further
barrows, field systems and clearance cairns.