A Scheduled Monument in Stanway, Gloucestershire 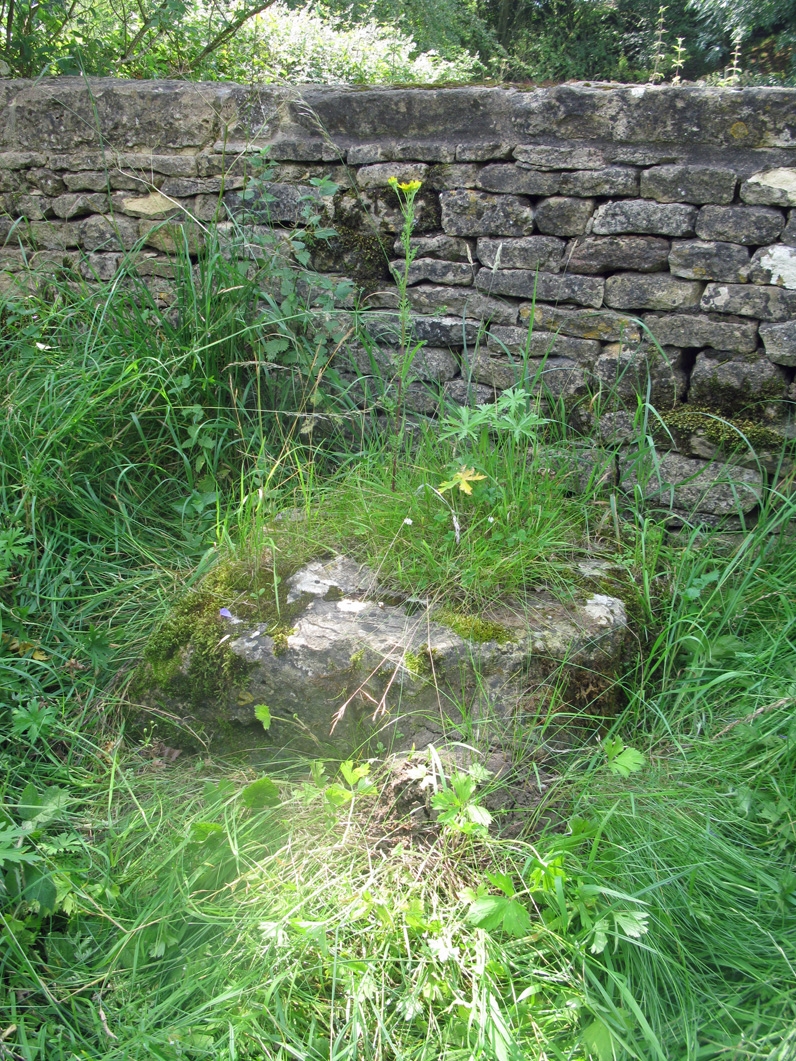 Church of England Parish: Toddington, Stanway and Didbrook and Hailes

The monument includes a cross situated on a grass covered roadside verge at
Stumps Cross. The cross lies in front of a drystone wall at the junction of
four roads.
The cross has a socket stone and a broken shaft. The socket stone is 0.8m
square and 0.35m high with broaches of convex outline at alternate faces
forming an octagonal top. The octagonal top is 0.7m across, with each side of
the octagon measuring 0.3m across. The 0.35m high square shaft is cemented
into a socket which is 0.3m square.

Despite a number of elements of the cross being missing, the socket stone with
broken shaft at Stumps Cross survives in what is likely to be its original
location. Its position marks a crossroads which was likely to have been more
important in the medieval period than it is now. Two of the four roads are now
only trackways, but appear to link Chipping Camden with Winchcombe.