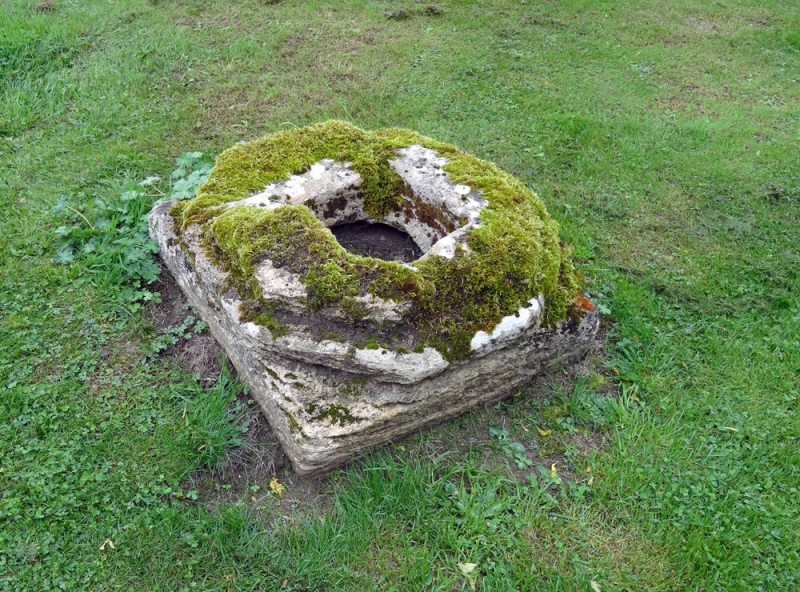 The monument includes a standing cross socket stone situated 15m north of St
Mary's Church. It lies next to a path leading to the church in a cemetery
which is still in use. The cemetery slopes from north to south and the socket
stone is set into the slope.
The base of the socket stone measures 0.7m square and is 0.25m high. The top
of the stone has been cut to form an octagon with a chamfered top edge. The
socket hole measures 0.25m square.
The socket stone is earthfast, and there is no reason to doubt that its
present position next to the path is also its original one.

The socket stone in St Mary's churchyard, although weatherworn and without its
shaft and head, is considered to mark the position of the churchyard cross.