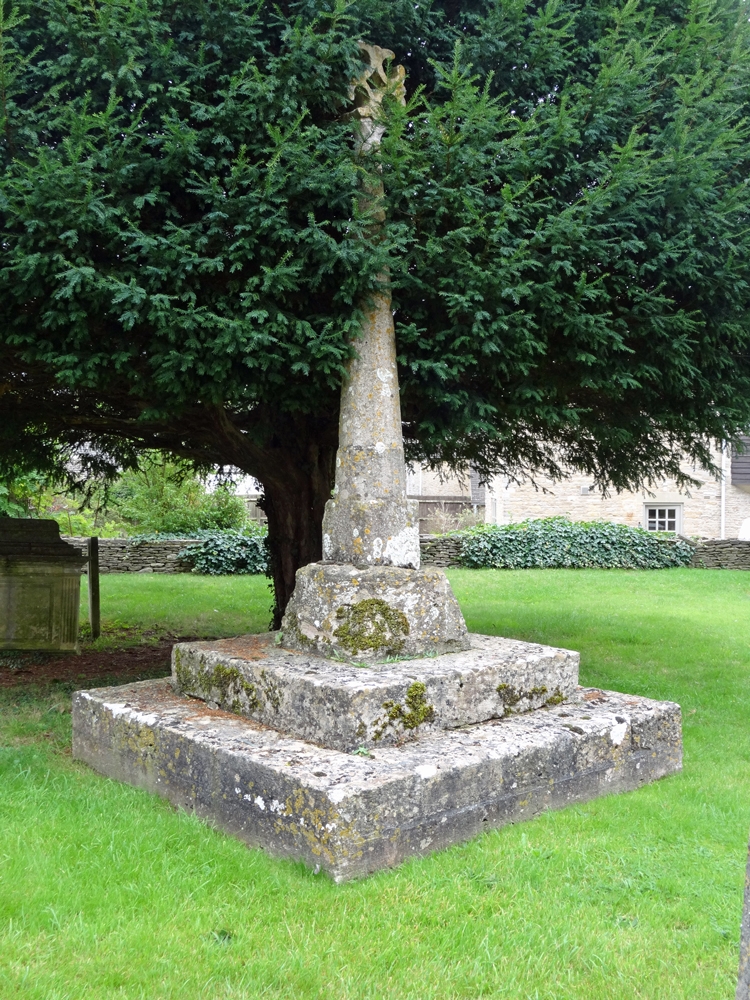 The monument includes a restored standing cross situated in the churchyard at
Ampney St Peter c.8m south of the church.
The cross has a square two step calvary, a socket stone, and restored shaft
and head. The base of the calvary is 2.3m wide and 0.35m high, the second step
is 1.5m wide and 0.25m high. Above this the square socket stone, which has
chamfered edges with small buttresses, is 0.8m wide and 0.45m high. The shaft,
square at the bottom, tapers to the restored head and becomes cylindrical in
section.
The calvary is constructed from stone blocks. The socket stone appears more
weathered and is hewn from one piece of stone. These have the appearance of
great age, but the shaft and head appear more recent. The oldest parts of the
cross are considered to be 14th century.
The cross is Listed Grade II.

The churchyard cross at Ampney St Peter is believed to be in its original
position. Despite the restored shaft and head the cross survives well as a
visually impressive monument largely of the medieval period.

Books and journals
Pevsner, N, The Buildings of England: Gloucestershire: The Cotswolds, (1970), 89