Round barrow at Round Hill, 400m SSW of Botton Head 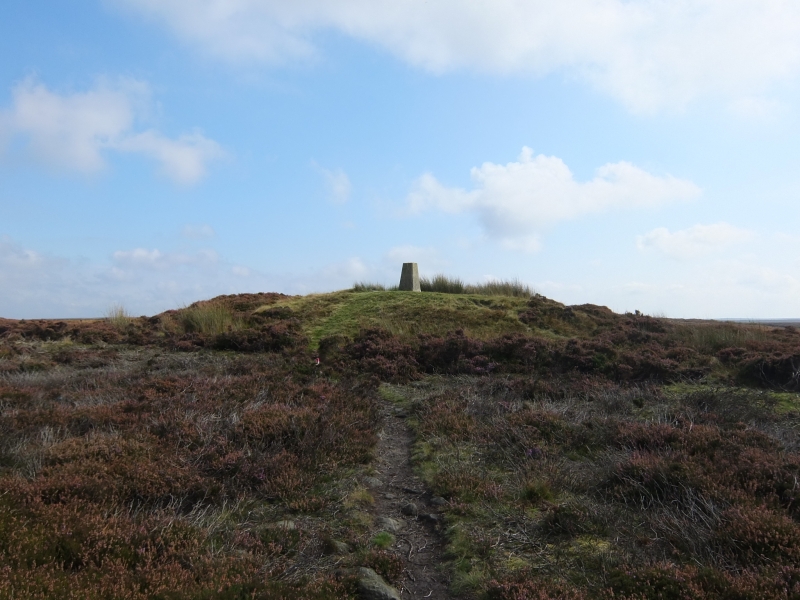 Entry Name: Round barrow at Round Hill, 400m SSW of Botton Head

The monument includes a round barrow situated in a prominent position on the
north edge of the North York Moors.
The barrow has an earth and stone mound standing 2m high. It is round in shape
and 23m in diameter. The mound was surrounded by a quarry ditch up to 3m wide
which has been filled in over the years and is no longer visible as an
earthwork. A trench in the north east flank is evidence that the monument was
partly excavated in the past.
There are many similar barrows in this area of the North York Moors. Many are
part of groups, particularly along the watersheds or other prominent
locations, which indicates that the barrows, as well as being funerary
monuments, also represent territorial markers defining divisions of land.
These divisions still remain as some parish or township boundaries.
There is a trigonometry point on the west side of the mound which is included
in the scheduling.

Despite limited disturbance this barrow has survived well. Significant
information about the original form of the barrow and the burials placed
within it will be preserved. Evidence of earlier land use will also survive
beneath the barrow mound.
The monument is part of a group of barrows which are also considered to have
represented territorial markers. Similar groups of monuments are known across
the west and central areas of the North York Moors. Such groupings of
monuments offer important scope for the study of the division of land for
social, ritual and agricultural purposes in different geographical areas
during the prehistoric period.