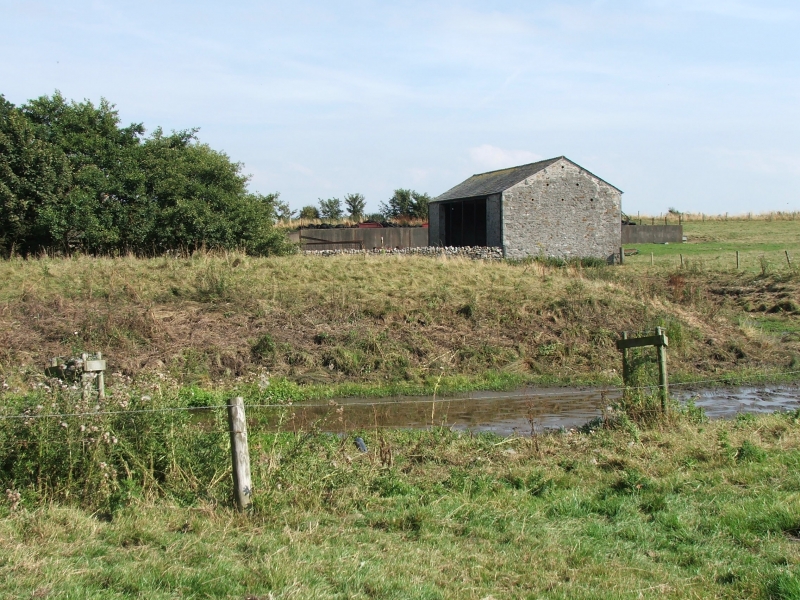 The monument includes Moat Farm medieval moated site. It is located close to
the sea shore a short distance north of Moat Hill (Aldingham motte and bailey
castle, the subject of a separate scheduling) which it superseded as home of
the Le Fleming family. It includes a rectangular island or platform surrounded
by a waterlogged moat. The island has been raised slightly above the level of
the surrounding land using the upcast from the digging of the moat, and
measures approximately 32m east-west by 28m north-south. The surrounding moat
measures c.13m-18m wide and 1.5m deep. The monument is thought to be the site
of the medieval manor house of Michael Le Fleming, Lord of Aldingham, prior to
the family's move to Gleaston Castle.
All fences and railings are excluded from the scheduling but the ground
beneath these features is included.

Moat Farm moated site survives reasonably well and remains largely
unencumbered by modern development. It will retain evidence for the building
which originally occupied the island during the medieval centuries.
Additionally organic material will be preserved among the mud and silts of the
waterlogged moat. Its group relationship to the ringwork and motte at
Aldingham also contributes to its importance.