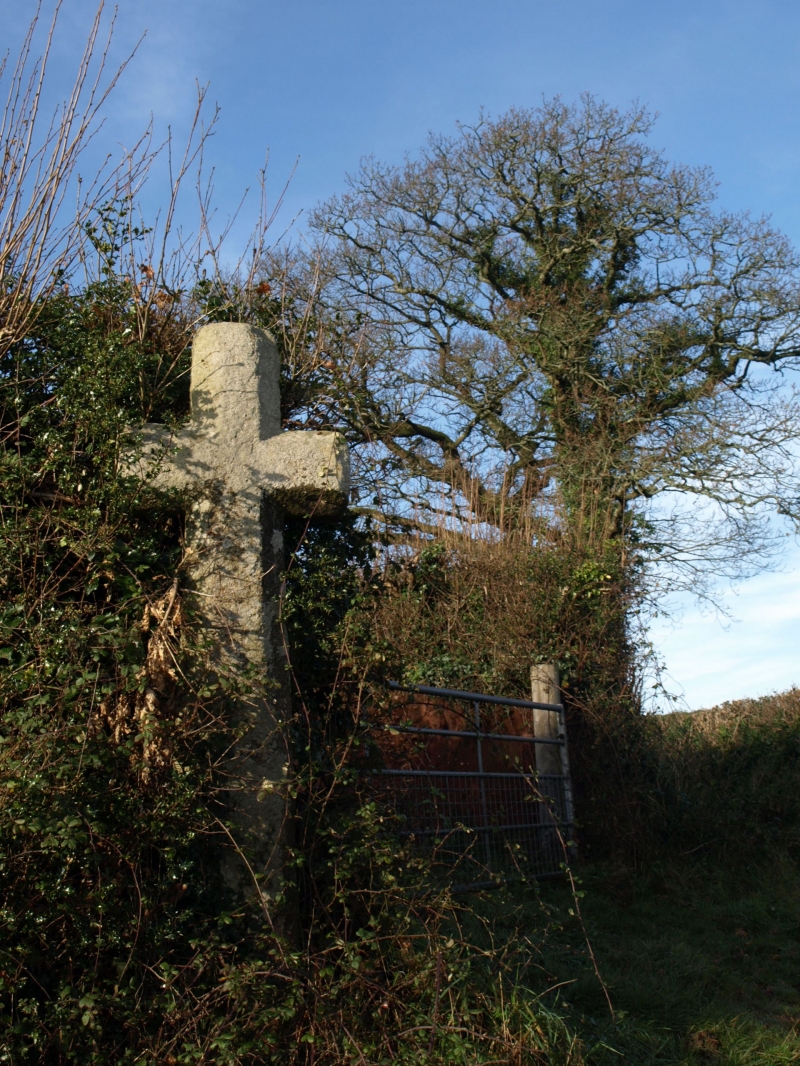 This monument includes a wayside cross at Bulland Cross, in Sampford
Courtenay, at the crossroads between Bulland Lane, Chapple Lane and Cliston
Lane. The wayside cross is complete and set into a hedge at the roadside. The
cross is 2.3m high and has an octagonal shaft which is 0.43m wide at the base
and tapers to 0.3m at the arms. The cross measures 0.7m wide at the arms and
0.3m at the head. At the back of the cross and 0.33m from the head is a recess
which measures 0.23m high, 0.1m wide and 0.06m deep and is rectangular in
shape.
The Bulland Cross is thought to date to the 14th to 15th centuries and is of a
type common to Devon.
Excluded from the scheduling are the field boundary bank and metalled road
surface where they fall within the cross's protective margin, although the
ground beneath both is included.

The wayside cross at Bulland Cross survives well and is likely to be in its
original position. It is one of a group of five crosses in Sampford Courtenay
village, an unusual concentration in this area.