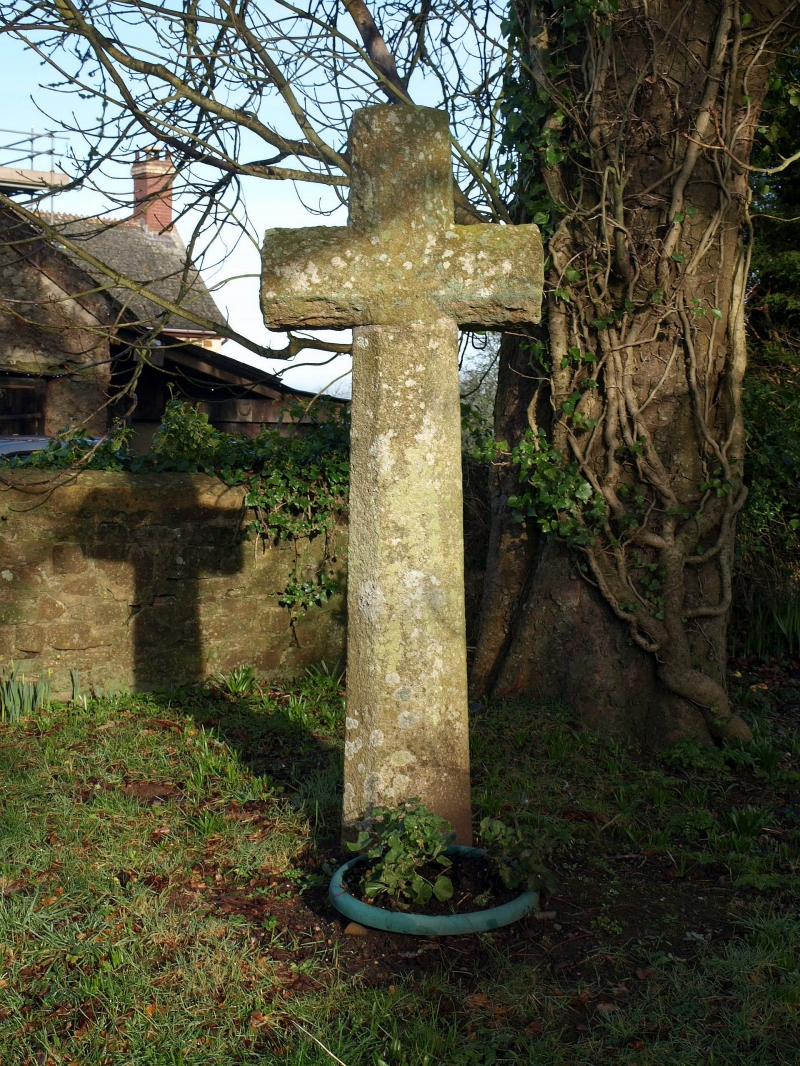 This monument includes a wayside cross in Sampford Courtenay standing at a
crossroads between Bulland Lane, Weirford Lane and an unclassified road
through the village. The shaft of the cross is ancient; the head and arms are
modern. The cross measures 0.3m at the base and tapers to 0.22m. The ancient
section of shaft attains a height of 1.36m. The restored head is directly
above the shaft and measures 0.56m wide at the arms, is 0.22m in thickness and
is 0.7m high. The shaft and head are octagonal in section although the back
of the shaft has been trimmed. The cross head is of a plain Latin shape and
probably dates to the 15th century. The cross is one of a group lying within
the vicinity of Sampford Courtenay village.
In 1919 the shaft was found during alterations to an old farmhouse,
approximately opposite to the present site. It was being used as a supporter
for a fireplace beam. The cross was re-erected and restored in its original
site in 1927 after the demolition of the house. The cross is Listed Grade II.
The metalled road surface is excluded from the scheduling where this falls
within the cross's protective margin, although the ground beneath is included.

The wayside cross at a crossroads 120m NNW of St Andrew's Church survives well
and is thought likely to be in its original position. This cross is one of a
group of five in the village, an unusual concentration in this area.