A Scheduled Monument in Park, Windsor and Maidenhead 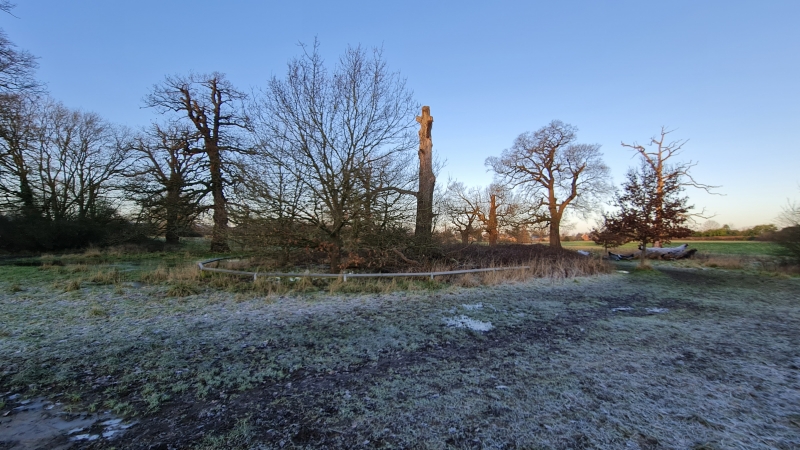 The monument includes a small sub-rectangular moated site situated in a low-
lying area at the northern end of Windsor Great Park and bisected from north-
west to south-east by the Bourne Ditch. The site is orientated ENE-WSW with
maximum external dimensions of c.60m and 45m respectively. The island
survives as a platform standing c.0.5m above the level of surrounding ground
with an area c.50m by 35m in size. It is encircled by a dry moat surviving to
a depth of up to 0.5m and a maximum width of 5m. The site appears on a map of
1607 as a moated lodge.
The Bourne Ditch is excluded from the scheduling, thereby dividing the
monument into two areas.

Although a large number of moated sites are known in England, relatively few
survive in Berkshire. This example is particularly important as it survives
well as a small moated site and provides an interesting contrast to the larger
and more complex moated sites which survive in the Great Park. The site also
has a good level of historical documentation, appearing as a moated lodge on
Norden's map of 1607.