A Scheduled Monument in Clawson, Hose and Harby, Leicestershire 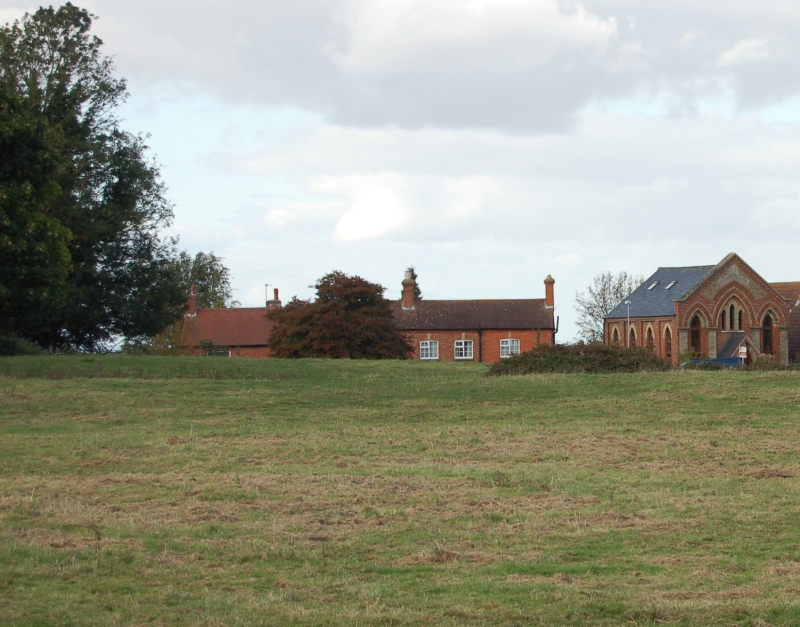 The moated site at Long Clawson lies in a pasture field to the east of the
church.
The moated area is roughly square, measuring 70m x 70m overall, and comprises
the southern, eastern, and part of the western arms of the moat. The southern
ditch is up to 1.5m deep, but the western arm is largely modified by the
churchyard and this part of it is not included in the scheduling. To the
north, the survival of the moat is unclear due to a some infilling. The
centre of the island appears to be raised.
There are documentary references, from 1304 to the Bozon family. An 18th-
century writer records that they had a `castle' just by the church.
The north-western corner of the moated area contains the ruined remains of a
cottage probably dating to the 17th century, with the remaining part of the
enclosure used as a chicken run. The remains of the cottage are excluded from
the scheduling, as is a concrete construction of unknown use in the southern
arm of the moat but the ground beneath these features is included.

The moated site at Long Clawson has historical connections with an important
Leicestershire family and is believed to be the site of the manor house. The
moat island is essentially well preserved and has considerable potential for
the survival of original buildings within its raised interior.

Books and journals
Nichols, J, The History and Antiquities of the County of Leicestershire 2/1, (1795), 134