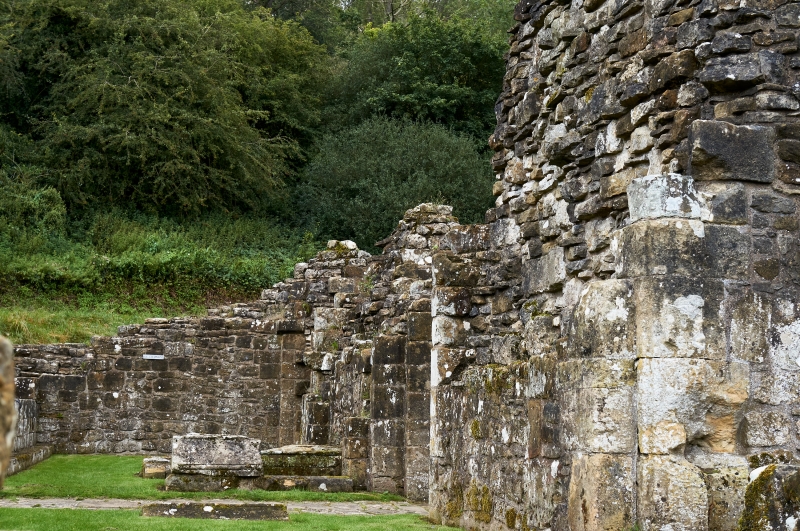 Rievaulx was the first outpost of the Cistercian Order in the North. At the
height of its prosperity under Abbot Ailred, it was one of the greatest
Cistercian houses in England. The main monastic buildings, including the
abbey church, survive well and retain important architectural evidence of the
changing wealth of the community. In particular, the abbey church contains
the earliest large Cistercian nave in Britain and is older than any now
surviving in France. Unusually, the whole precinct layout of the abbey can be
recovered from the evidence of early documents and extensive remains survive
throughout this former precinct both as upstanding features and as buried
remains. The extensive water-management earthworks demonstrate well the
lengths monastic communities would go to to ensure a water supply that was
sufficient to support their domestic, agricultural and industrial activities.
Together, these various features allow the development and workings of the
whole precinct to be studied and provide a rare and important opportunity for
detailed analysis of the monastic economy. This exceptional state of
preservation, combined with the high level of surviving documentation, makes
Rievaulx of particular importance to European Cistercian studies.