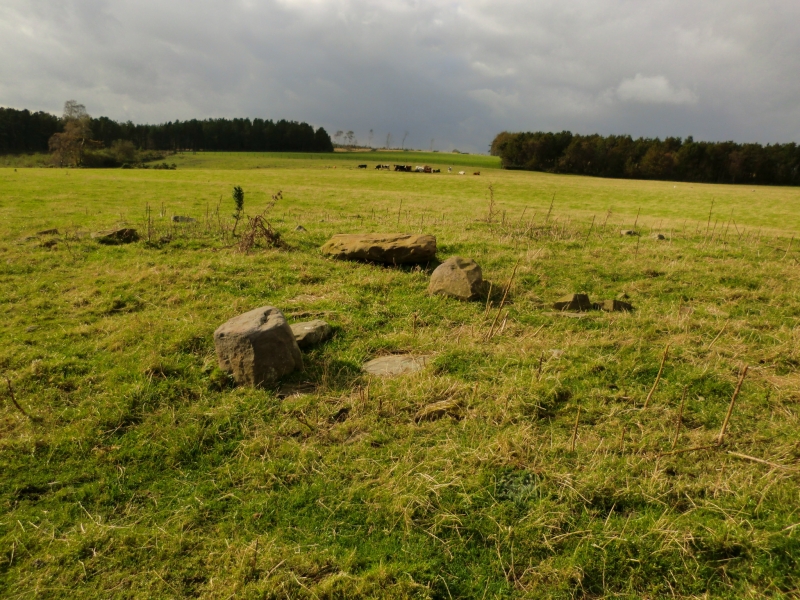 Unlike the other barrows which are purported to be in this field this one stands out quite clearly with several large stones lying on the surface . In fact I could find no trace of the two barrows which are supposed to be at the northern end of this field. This view taken in October 2012 is looking West