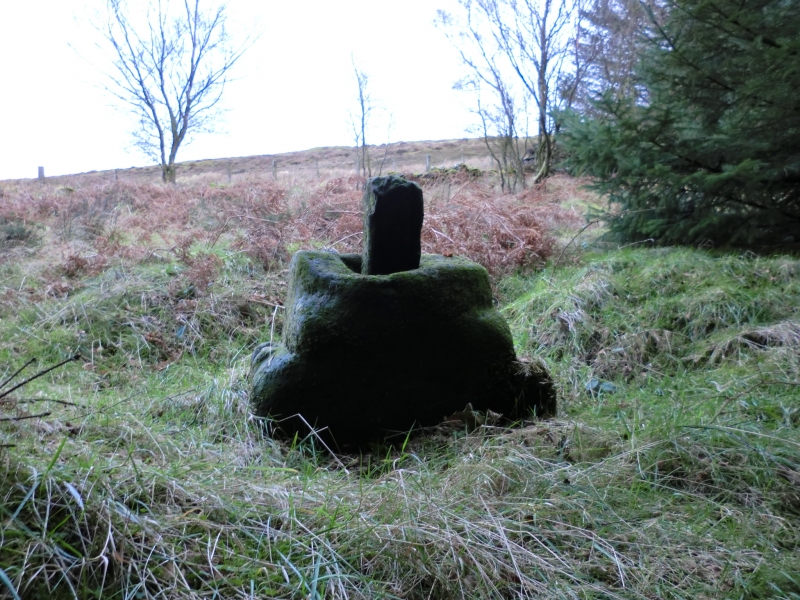 The monument includes the base and part of the shaft of a wayside cross.
The base measures 0.6m by 0.6m in plan and stands 0.85m high. A section of
the shaft 0.45m long stands loosely in a socket in the base stone. The shaft
fragment is badly eroded on the north side.
This cross stands on the route of a trackway leading from Kepwick onto the
moors to link up with the Hambleton Drove Road. It would have served as a
route marker as well as a religious symbol offering spiritual succour to
travellers. Crosses provide evidence of the complex network of communications
in the medieval period.

This cross stands on the route of an important trackway leading from Kepwick
onto the Moors and linking up with the Hambleton Drove Road. It is one of a
group of crosses on the North York Moors defining and illustrating medieval
routeways, and as such provides important insights into medieval communication
and settlement in North Yorkshire